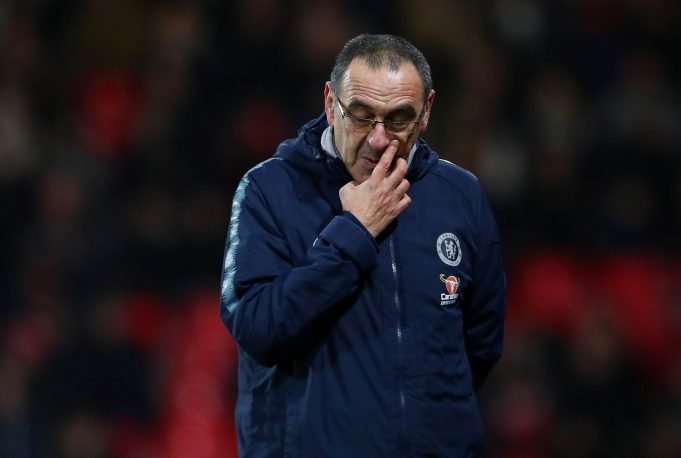 AFC Bournemouth thrashed Chelsea 4-0 last night and Maurizio Sarri was the least bit pleased with his players, proceeding to throw out the rest of the coaching staff and holding an hour-long inquest in the dressing room with the entire squad.

The Italian manager criticised his players after the 2-0 away defeat to Arsenal as well as few short weeks back, even hiring a translator to prevent any gaps in his comments. After making the press wait for over an hour, Sarri came out and revealed what he talked about with the players.

“In that moment I wanted to talk with them alone, without anybody else. As I said before, I needed to understand. It’s impossible to play in such a different way between the first and second half. I don’t understand why,” Sarri explained.

“It’s very difficult to understand the performance. We played very well in the first half, but in the second half we conceded the goal after two minutes and stopped playing. In the offensive phase, we played not as a team, but as individual players, and did not defend.”