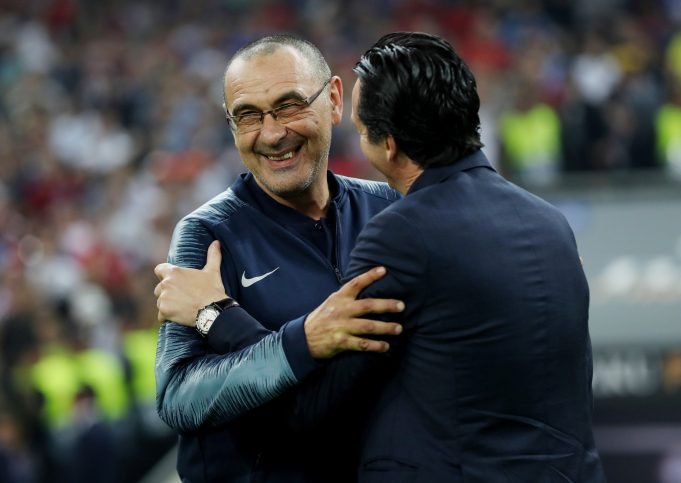 Reports claim that Maurizio Sarri is only hours away from being confirmed as Juventus’ new head coach.

The Italian was spotted in Milan where the director of the Old Lady, Fabio Paratici usually go to conclude deals. Sarri is “only hours away” from finalising a two-year contract with an option to extend for a third.

Chelsea have already agreed to let go of their manager after he clinched the Europa League title and guaranteed Champions League football for next season. Despite delivering results on his debut season with the South Londoners, Sarri never really warmed up to the fans or the entire Blues dressing room.

His methods are still thought to be unorthodox and incompatible with how Chelsea wishes to operate. Mind you, it has only been 12 months since the 60-year-old got appointed without any time to prepare in the pre-season.

However, Sarri himself is keen to return to his homeland, especially when he has the chance to manage the Serie A champions. Juventus will not have to pay out a hefty sum to get him since the agreement is mutual between the club and the manager.

Other reports claim that Sarri would like to bring Gonzalo Higuain and Emerson Palmieri back with him to Turin.