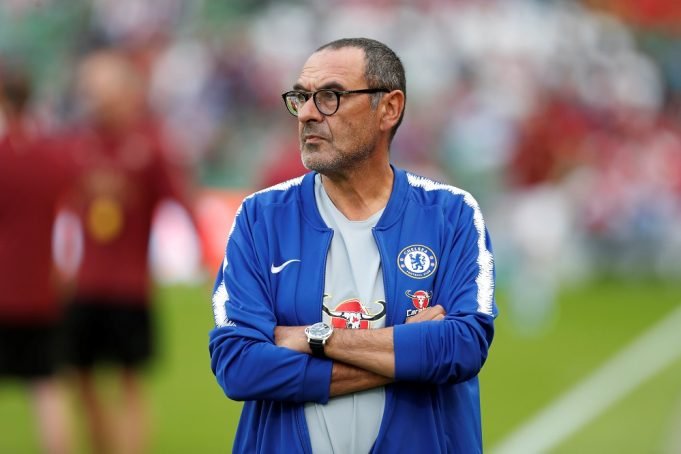 Both the players have been linked with summer exit

Chelsea appointed former Napoli boss Maurizio Sarri as their new manager after sacking Antonio Conte, whose contract was set to expire next summer. He has signed a 3 year contract with the club.

The 59 year old also raided his former club by signing midfielder Jorginho, who became the club’s first signing this summer.

But the Premier League giants are keen to sort of their own players situation before making any move for other players. Both Eden Hazard and Thibaut Courtois have been heavily linked with an exit this summer.

Hazard joined them from Lille in the summer of 2012 and is one of the club’s undisputed stars. He is considered as one of the best players in the world after performing at the highest level over the past few seasons.

The Belgium International has scored 98 goals for the English side in 300 appearances. He has claimed two Premier League titles during his time in west London, along with FA Cup, League Cup and Europa League triumphs.

Courtois returned to the club from Atletico Madrid in the summer of 2014 after he enjoyed 3 successful seasons on loan in Spain. Since then he has been the mainstay in the team and has developed himself as one of the best Goalkeepers in the world.

The Belgian has also been linked with a move to Real as the Spanish side are looking for a long term replacement for Keylor Navas.

Chelsea manager Maurizio Sarri will tell Eden Hazard and Thibaut Courtois they won’t be sold, reports the Daily Mail. In talks set to be held on Friday the Italian will tell the duo, that the club are not prepared to sell.