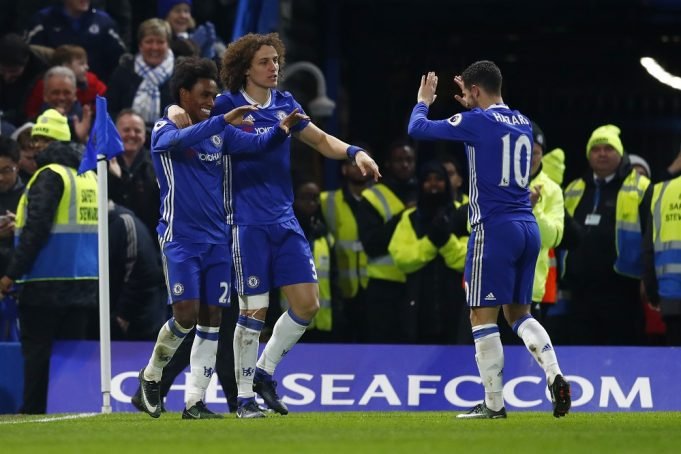 The Brazilian was a crucial player for Blues in both their Premier League winning campaign, 2014/2015 and 2016/2017. He was their stand out player in the 2015/2016 campaign, when the club under performed and finished outside the top 4.

He may not dazzle as much as his more fanciful teammates like Eden Hazard and Neymar, but rare is the game where he doesn’t display obvious effort, determination, and commitment to the cause.

Catalan giants made multiple bids for him but the Premier League giants rejected all of them. However their pursuit ended when they completed the signing of Malcom from Bordeaux.

He was delayed in rejoining the English side from his post World Cup vacation prompting speculation another bid from Real Madrid had come in. But it was revealed that he had some issues with his Passport.

However, Maurizio Sarri admitted he was unhappy with Willian’s strange absence from the club’s pre-season and told he will speak to him this week. But the the 59 year old has insisted that there is no issues between them after having talks with the winger and is confident that he will be at the club when the transfer window closes.

“There is no problem. I spoke yesterday with him about him being late, not his future,” he told as quoted by Mirror.

Asked if he thought the Brazilian would stay, the Italian said: “Yes I do. I am very confident.”