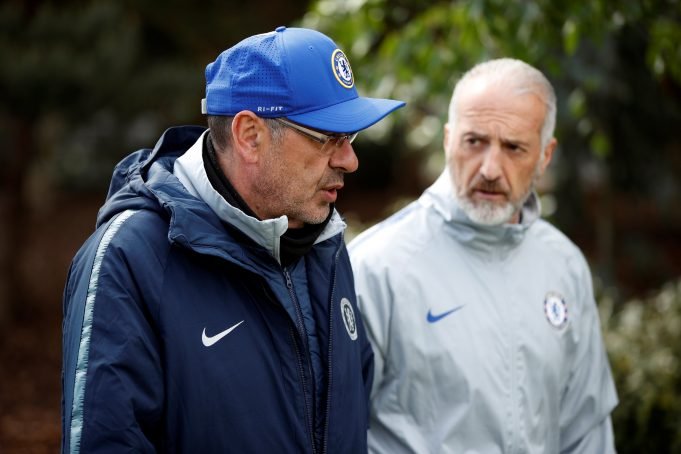 According to Maurizio Sarri, signing only ‘one or two players’ would do the trick for Chelsea in chasing for a Premier League next season.

The Blues just got their appeal for the postponement of a two-window transfer ban declined by FIFA. The club has now decided to launch a second appeal to the Court of Arbitration for Sport.

With the current embargo over their heads, Chelsea would be unable to sign any players for the upcoming season. They will only be allowed to sign players under the age of 16.

“I don’t believe when you buy 10 players,” Sarri told reporters ahead of their Europa League clash against Eintracht Frankfurt. “I think we have to buy only one or two players.

“It’s very difficult to cover the gap at the moment. We need to work, probably we need to do something from the market. It’s not easy, because the level of the top two is very, very high.

“Otherwise it’s very difficult to improve immediately. I think we are a very good team, so we need only one, two players, no more.”

“We didn’t speak about the market,” the former Napoli boss added. “Also because, at the moment, we don’t know if we’ll be able to go into the market.

“If the club is banned from making any transfers, then we’d have to keep the squad we have and bring some of the loan players back in, and that would give them an opportunity to play more.

“But, for me, that’s not something that should be used to get an opportunity to play. It should be down to hard work and playing well.”