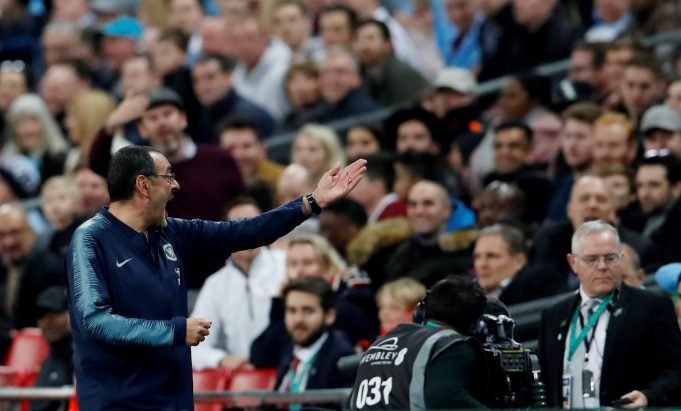 Maurizio Sarri refused to emphasize much after Kepa Arrizabalaga defied his orders to stay on the pitch.

With the penalty shootout approaching, Sarri decided to bring in Willy Caballero as Kepa appeared to be struggling with an injury. But the Spanish custodian showed resistant as he refused to be subbed off causing rage in the Chelsea bench.

Despite Sarri’s repeated attempt to bring back the player the summer arrival stood tall in his stance and went on to play the full game as Chelsea lost in the shootout to Manchester City in the Carabao Cup final.

Sarri’s anger was pretty evident as the Italian almost left the field before reappearing to the touchline. Sarri refuted all the claims but made it clear he wanted to discontinue Arrizabalaga. “It was a big misunderstanding. I understood the goalkeeper had cramp, and was unable to go to the pens, but the problem was not cramp, so he was able to go to the penalties.

“I realised after when the doc arrived to the bench, the goalkeeper with a little problem, I wanted Caballero ready.”