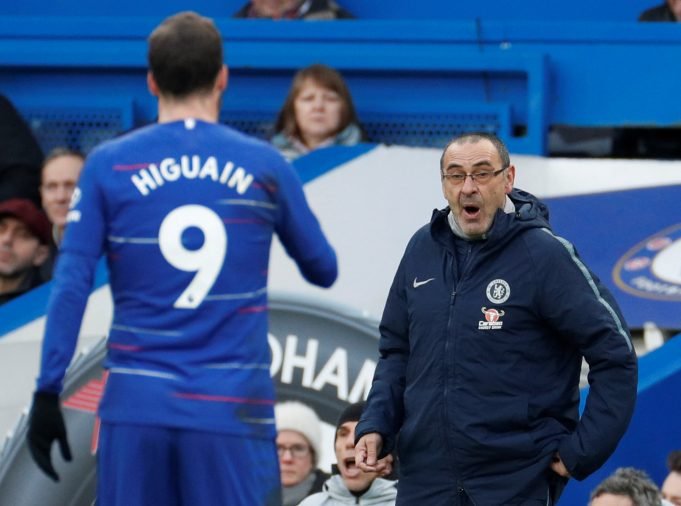 Maurizio Sarri is happy with Gonzalo Higuain’s development but has insisted the forward needs to work on his speed.

Higuain reunited with the Italian manager at Chelsea in the January transfer window as Sarri wanted to revitalise his striking options. Alvaro Morata failed to live up to the expectations while Olivier Giroud barely got his chances.

The arrival of Higuain was supposed to ease pressure on Eden Hazard who has played as a false nine in a couple of matches. But Higuain failed to impress at the Stamford Bridge as he has managed to find the net on two occasions so far.

Sarri who was under tremendous pressure after a string of bad results heaved a sigh of relief as the Blues got the better of Tottenham Hotspur in the last match. With hopes of a top four finish still shining brightly, the West Londoners are scheduled to travel to their neighbour Fulham.

Sarri said, “I think the contribution was really very good in the last match [against Tottenham]. He was able to play with team-mates very well.

“Now he needs more acceleration, because now he is a little more resistant, but without the accelerations he had in Naples.

“So I think he needs to improve in the physical condition, and then he will be able to score.”