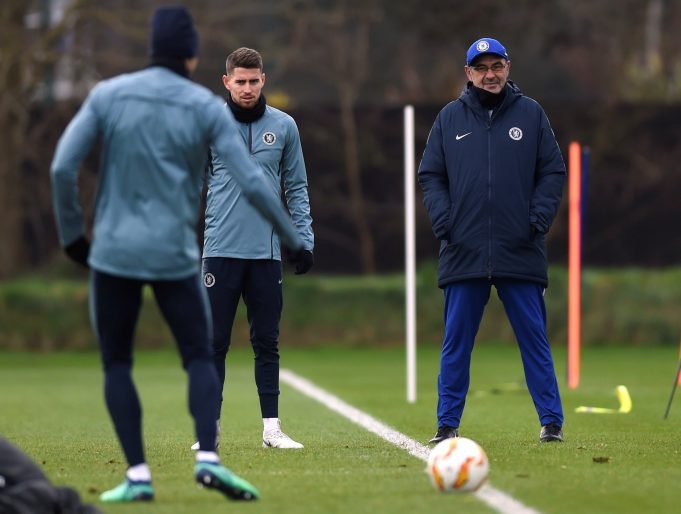 Maurizio Sarri claims Chelsea players can help Jorginho with their better understanding of the Sarri-ball tactics.
Jorginho has been severely criticised off late for his mediocre performance in the middle of the pitch. The deep lying playmaker arrived alongside Sarri from Napoli at the start of this season but is yet to hit the ground properly.
With N’Golo Kante being used in a more attacking role Jorginho’s inability to cope up with the holding role has drawn massive ire from the supporters. The Italian international’s performance in the Serie-A attracted huge interest from a number of clubs but so far he has failed to live up to the expectation.
Sarri insists Jorginho’s teammates need to be habituated with his possession based football. “Jorginho has a very strong character, a very strong personality.
“So I can believe that he has no problem to play under pressure. I think that he played very well in the last match (against Tottenham), better in the second half than in the first half.
“For him, it’s very important to finish the match in that way. I think that he can do better. But he needs all the team to understand very well our way of football.”