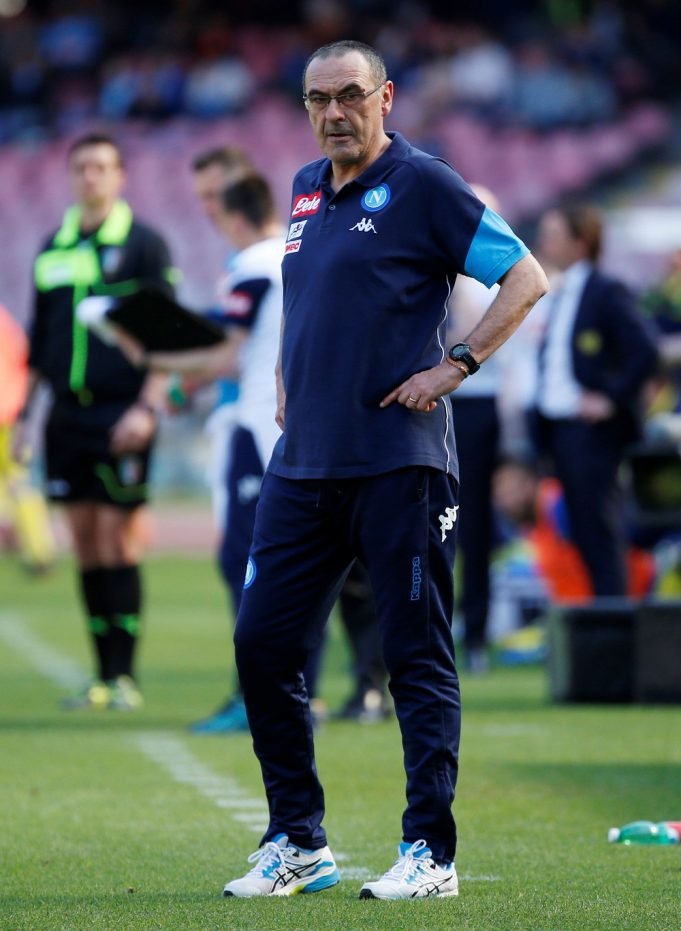 The Italian manager has signed a 3 year contract

Chelsea have confirmed Maurizio Sarri as their new head coach. He has signed a three-year deal with the Stamford Bridge side and will replace Antonio Conte, who was sacked on Friday.

Conte was linked with an exit for quite some time after a decline in club’s performances during the last campaign, as they missed out on Champions League after finishing 5th in the Premier League.

His future was under scrutiny since before the last season began, as he negotiated a pay-rise without extending his contract and complaints over the club’s transfer policy.

The Blues have been in talks with Napoli to appoint the 59 year old but got delayed due due to disagreement over the compensation fees that they needed to pay for him. But the deal has been finally agreed and it is expected that midfielder Jorginho will also follow him to Stamford Bridge.

He enjoyed a successful campaign with the Serie A giants last term, as the club finished 6th in the league behind Juventus.

“I look forward to starting work and meeting the players on Monday ahead of travelling to Australia, where I will be able to get to know the squad and begin our match action,” the Italian told the club’s official website.

“I hope we can provide some entertaining football for our fans, and that we will be competing for trophies at the end of the season, which is what this club deserves.”

Director Marina Granovskaia stated: “We are delighted to welcome Maurizio and are looking forward to him bringing his football philosophy to Chelsea.

“Maurizio’s Napoli side played some of the most exciting football in Europe, impressing with their attacking approach and dynamism, and his coaching methods significantly improved the players at his disposal.

“He has plenty of experience in Serie A and the Champions League and we know he is relishing the chance to work in the Premier League.”

Read Also: Antonio Conte leaves Chelsea – This is the reason