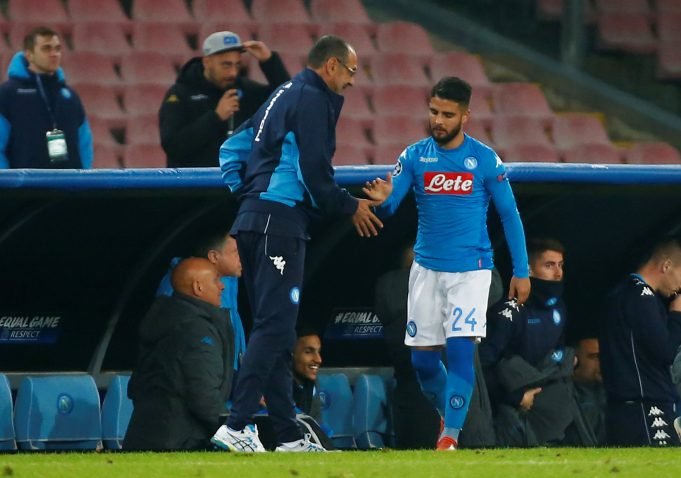 Maurizio Sarri has been warned by yet another player to not join Juventus this summer.

The Italian boss has already been cautioned by Jorginho, who believe that leaving Chelsea for the Bianconeri would be a huge sign of ‘betrayal’ to the coach’s previous club, Napoli.

Speaking to the Italian press, the Blues midfielder said, “He did a good job for Chelsea. There was some criticism, but ultimately we finished third, won a cup and lost another in a final.

“I think it was a great season and I’d hate to see him go. The Napoli fans still have him in their hearts, it’s normal that they can get angry. They’re passionate, they can give you everything. They could treat it as a betrayal, they’re like that. We’ll see what happens.”

Now, Lorenzo Insigne has come out to second Jorginho’s statements. Addressing the rumours of his former gaffer potentially joining Juventus, the winger said, “Sarri in Juventus for us Neapolitans would be a betrayal, and I hope he changes his mind. But you have to keep in mind that Sarri is a professional and he gave everything in Naples.

“He was very important to me for many reasons. If he went to Juventus he would hurt us but I can’t blame him. It’s his decision.”