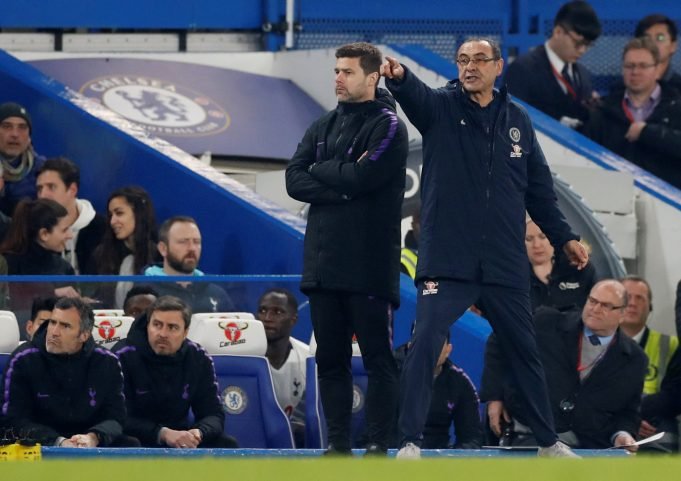 Chelsea boss Maurizio Sarri has explained that dropping Kepa was payback for his stubbornness in the Carabo Cup final against Manchester City on Sunday.

Kepa refused to be substituted in the Carabao Cup Final which infuriated Sarri. However, both player and manager played down the incident, calling it a misunderstanding. However, Sarri did say that even though Kepa was right, he behaved in the wrong way.

Following the match, Sarri said that Kepa will start at least one of Chelsea’s next two matches which are against Fulham and Dynamo Kyiv. The Italian said, “It was the right decision: Kepa made a big mistake and paid with the club, so then he had to pay with the team. But now I think we have to stop. Kepa, from tomorrow, will be with us. I don’t know if he will be on the pitch in the next match or not, but in one of the next two, for sure. When you are young, you can make mistakes. The most important thing is that you need to understand very well, after every mistake. So now, for me, the issue is closed.”

When asked if Kepa was still his first-choice keeper, Sarri said, “Of course.”

Chelsea’s win over Spurs kept Maurizio Sarri safe for a while as his job was at stake following Chelsea’s recent results. Sarri said, “In this job, you are under pressure every week. If you’re lucky, every six months. It’s normal if you lose two or three matches in a row that you’ll be under pressure, but that’s the same for every coach. We hope this is the turning point. It was really very important to win because we are fighting for the top four. Maybe, with this result, we can involve Tottenham in this battle. The gap is very large, seven points, but maybe.”

Chelsea next face Fulham at Craven Cottage on Sunday before playing their first leg of the UEFA Europa League round of 16 against Dynamo Kyiv next Thursday.

Also Read: Hazard: We are with the manager