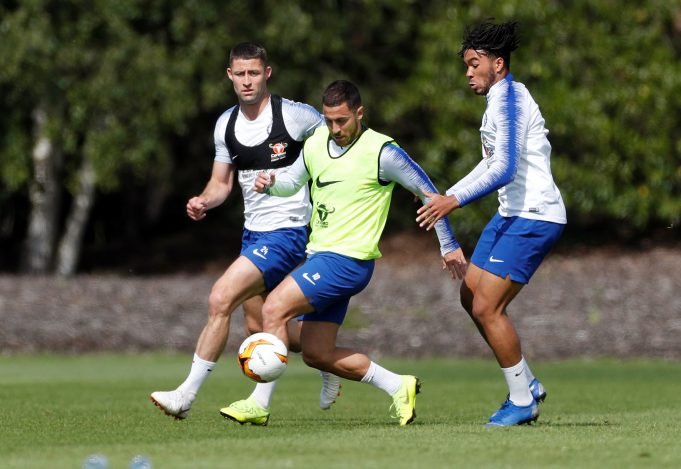 Maurizio Sarri was graceful with his reply when asked about the potential damage Eden Hazard would leave behind if he decides to leave for Real Madrid this summer.

“I don’t know. As I said in every press conference, I want to respect his decision,” said the Blues manager. “I hope that he will stay with us, but we need to be ready if he will decide something different. Also if I have spoken with him, I don’t want to say anything.”

When asked if he would be a good fit with the Champions League winners, Sarri added, “Hazard is good for every team, of course, but he’s really very good for us.”

Chelsea anticipated the Belgian’s departure and made a preemptive £58m move for Christian Pulisic back in January. As the 2018/19 season winds down to a close and so does the days leading up to Hazard’s Stamford Bridge exit, Maurizio Sarri is planning out ways to introduce the Borussia Dortmund signing into the club.

“I spoke with him two or three months ago. Pulisic knows very well our team, our way of playing, his team-mates. So he’s ready to join the group,” said the Italian.

“As I said, I didn’t know that the deal was done when he signed for the club, but of course I’d told my opinion to the club before. My opinion was really very positive about Christian.

“Christian is a very young player, of course, but he is really very strong. So I’m really very happy. He has the possibility to improve more, so he could become a very important player for us.”

See Also: Top 10 Players Chelsea should not have sold