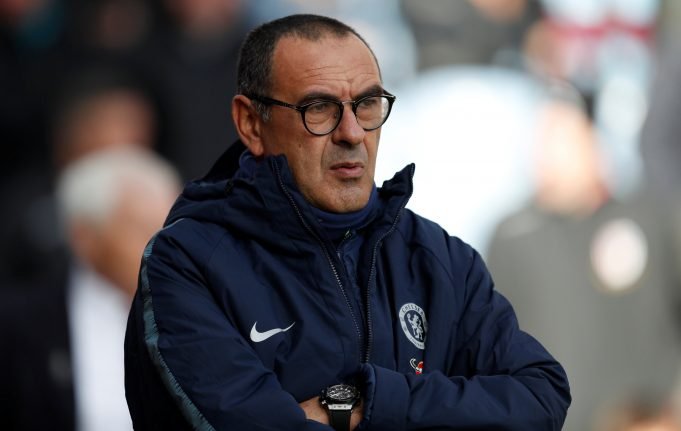 Chelsea continued their good run of form in the Premier League as they thrashed Burnley 4-0 at Turf Moor today. The Blues were without Eden Hazard but that didn’t prevent them from bashing the hosts.

The win made Maurizio Sarri the first ever Chelsea manager to enjoy an unbeaten run in his first 10 Premier League matches.

When you win despite the absence of your talisman and the scorers include a striker who was struggling lately and a youngster who barely makes league appearances, you are bound to be happy.

And Maurizio Sarri did not shy away from showing his delight after the match. Sarri said, “For 10 minutes it was very difficult at the beginning. Then we started to play very well and we managed the match well better than other matches. I am very happy for Alvaro, for Loftus Cheek again. I am disappointed for Giroud because today he could have scored and he needs a goal. But everything is okay we played very well, in full control for 80 minutes apart from the first 10.”

Chelsea’s next match is a Carabao Cup fixture against Derby County. Sarri said that Eden Hazard is still doubtful for the game but he’s expecting him to be fit enough to play next Sunday’s Premier League fixture against Crystal Palace.

Sarri said, “I want Eden as soon as possible. I don’t know for Wednesday but I hope for Sunday.