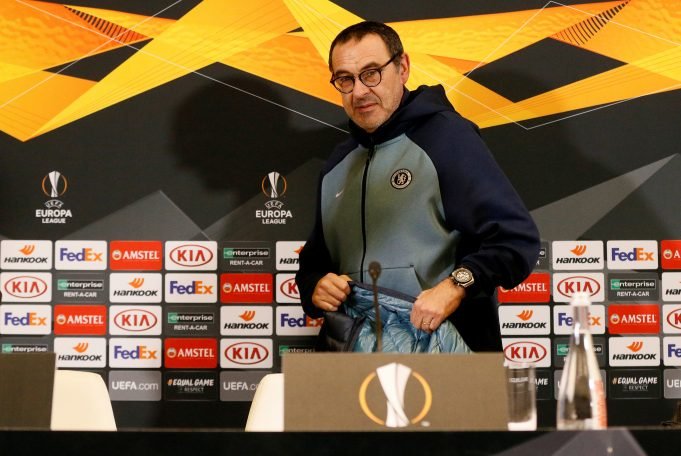 The Blues are on the verge of sealing a place in the quarters following their dominating 3-0 win in the first leg. Sarri could ring in a number of changes as his side is scheduled to face Everton on Sunday in a crucial game.

The Blues drew against Wolves in the last Premier League match and would be hoping to seal a quarter final berth on Thursday. A top four berth is up for grabs as the Blues have played a game less than both Manchester United and Arsenal and a win against the Toffees would see them level on points with the Gunners.

Sarri said, “It is a disaster. The pitch is not good. I think that it is dangerous, really dangerous, it is really difficult to play good football here.

“We have to accept this situation and play on this pitch. There isn’t another solution. I can’t understand why UEFA isn’t giving attention to everything. Especially to the players’ list, you have to present the players’ list early and then play on such a bad pitch.

“The reason is probably the winter, I played here in September and the pitch was very good.”