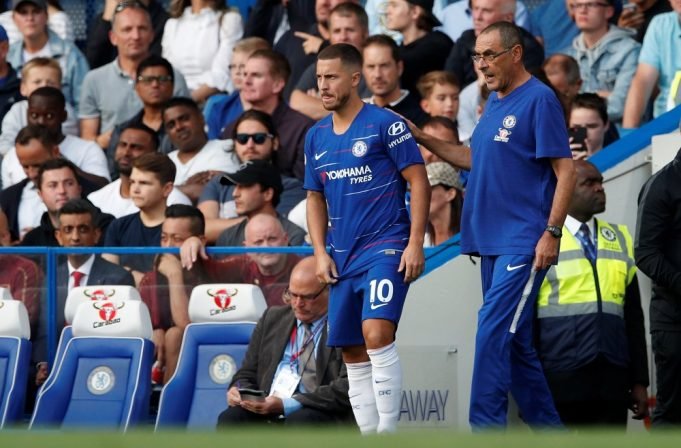 The Forward was heavily linked with an exit

And now new manager Maurizio Sarri has also confirmed that Hazard will stay at the club and have no intention to sell him, either in this transfer window or January.

“So I think that Eden will stay with us for all the season.”

The 59 year old also hinted that both the Belgian and Mateo Kovacic could start against Newcastle United.

“I think Mateo and Eden played very well the last 30 minutes. I think at that moment the intensity of the match was going down.