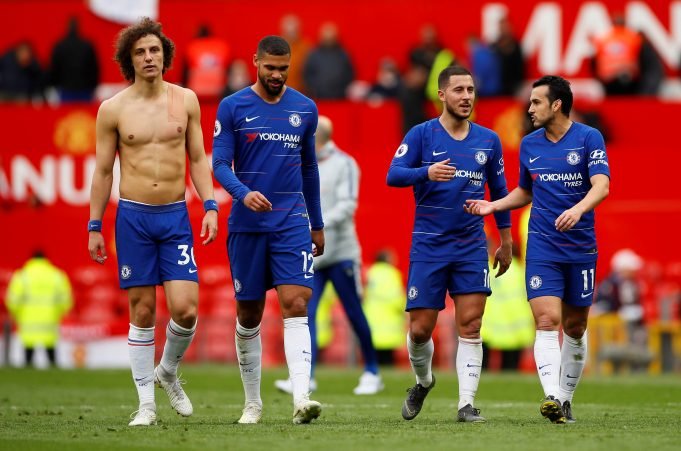 Maurizio Sarri revealed after Chelsea’s 1-1 Europa League draw against Eintracht Frankfurt that David Luiz is currently in talks with the club over a new contract.

The Brazilian’s deal is set to run out this summer and negotiations are being held over a new one. Chelsea have a policy of not offering their veteran players over the age of 30 any contract over a one-year period.

This has reportedly caused some friction between Luiz’s camp and the Blues ownership. The centre-back is a starting defender in Sarri’s setup and cannot be replaced immediately with an impending transfer ban on Chelsea’s radar.

“I don’t know on David Luiz, I know that he had a meeting four or five days ago, but then my mind was on this match,” said Sarri. “I didn’t ask him the result of it.”

The Blues gave up a lot of scoring opportunities to only collect a draw against the Bundesliga opponent. Sarri added, “I think that we made a mistake in the first 20 minutes because my feeling was, from the bench, that we were playing only to manage the result for the nil-nil,” said Sarri.

“But we are not able to do that. Then we started to play after 25 minutes and played very well until the 85th minute and deserved to win for the number of opportunities.

“We were in control of the match for 70 minutes and should have won. But they are dangerous on the counter-attack if you give them spaces. We deserved to win, 1-1 is not so bad away.

“They are very dangerous at home, but they are really very dangerous away. I’ve seen Eintracht’s games in the Europa League, and they are dangerous. We want to go to the final, but we know very well we’ll have to play a very good match next week.”