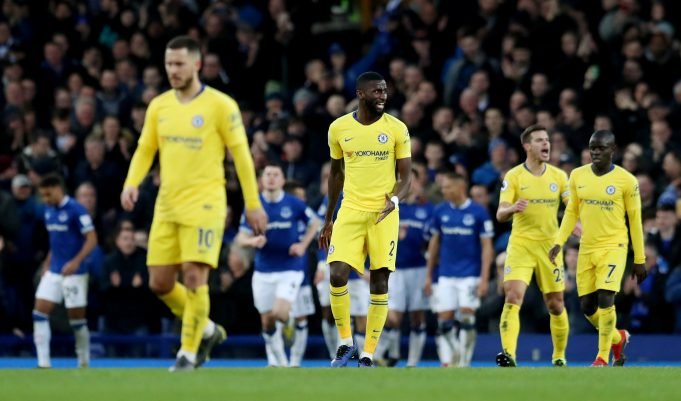 Maurizio Sarri is not entirely willing to take responsibility for Chelsea’ 2-0 loss to Everton this past weekend.

It was a massive loss for the Blues in terms of qualifying for the Champions League. They could have easily gained an advantage over both Arsenal and Manchester United in the top-four race but are now 3 points behind the qualification berth.

Speaking to Skysports after the match, the Italian manager emphasized the fact that his tactics were not to be blamed and it was the players who were greatly unimpressive on the pitch.

He was quoted when asked why his team lost – “I don’t know. The player don’t know what happened. At the moment I don’t really explain the change. We played, in my opinion, the best first half of the season. We could have scored four or five times. Suddenly we stopped to play. It’s very strange.”

“We stopped to defend, to counter-attack, to everything. We had only to continue, I think. We were in control of the match. We played very well and needed to continue. at the beginning of the second half, we didn’t play. It’s strange. I cannot understand.”

“Tactically, if you don’t play, you don’t play. We changed the system but it was the same. It’s very difficult but I think the problem was mental. If you have a mental problem suddenly on the pitch, the system, the tactics is not enough.”

“No, it was not at all [that we lacked motivation], we started the match very well with big intensity and strong mentality, I don’t know what happened.”