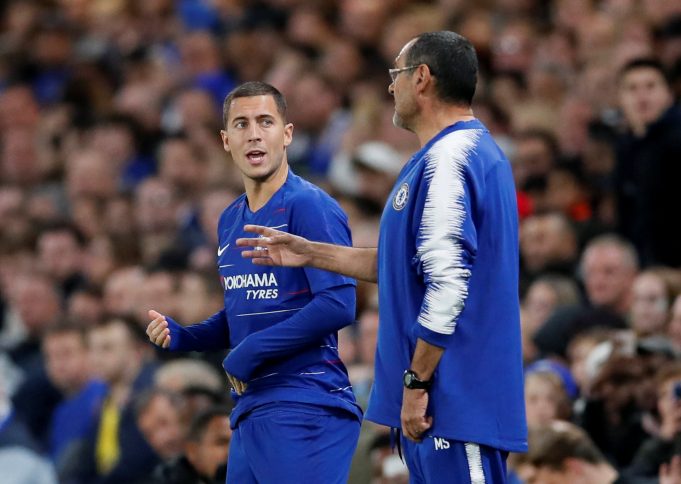 There has been a great deal of speculation about Hazard’s future at Chelsea. The Belgian has said on numerous occasions that he wants to go to Real Madrid.

Given the fact that the last 10 Ballon d’Or winners were from Real Madrid or Barcelona, a move to Spain can increase Hazard’s chances of winning the Ballon d’Or.

However, Sarri is of the opinion that the Belgian winger can win the coveted prize at Chelsea.

When asked about Hazard’s future at Chelsea, Sarri said, “It will be very important for us if he remains. I think also that he can win everything, also the Ballon d’Or, here.

Hazard has done brilliantly for Chelsea this season so far  scoring 8 goals in only 10 matches across all competitions. He will hope to put another strong performance tomorrow when Chelsea take on Manchester United.