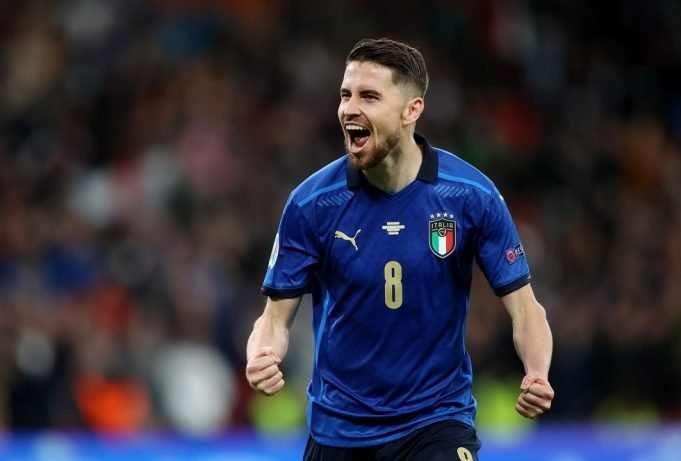 Jorginho again became the star of the night when he scored the winning penalty against Spain at Wembley.

The veteran midfielder was calm and composed in guiding the ball past Unai Simmon for the final kick of the game.

Italy and Spain were left after 120 minutes but it was The Azzurri who progressed in dramatic fashion.

“When you take the kick, you feel this weight fall off your shoulders! I tried to forget everything around me, focus on what I’d trained to do, took a deep breath and got on with it,” former Napoli star Jorginho said.

“Italy never give up, we always believe. This is a marvellous squad that deserves all the best, because we suffer together, we play together, laugh together, joke together and like all families can argue together at times, but we always end up there together.”

Jorginho’s former boss at both Napoli and Chelsea, Maurizio Sarri hailed the midfielder. He told SportItalia, “If he wins the European Championship, he is a candidate for the Ballon d’Or. He’s a refined player and that’s why everyone doesn’t understand him.

“He makes everything seem easy, it’s his greatness. When I went to Chelsea, we managed to snatch him from Manchester City.

“At first it was hard to understand him, the fans, the journalist, now I see that he is appreciated. He was also the captain of Chelsea.”