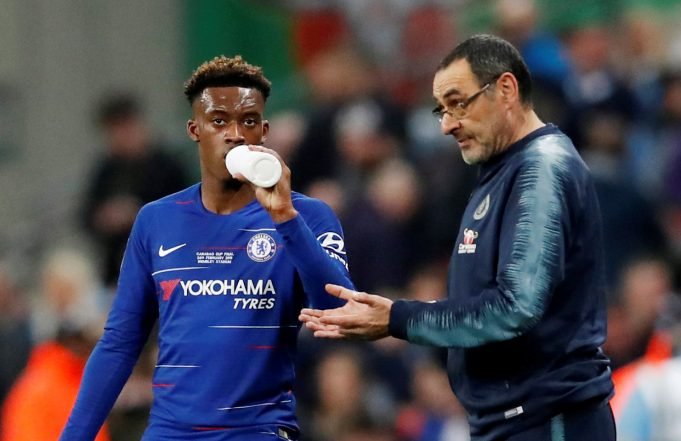 Maurizio sari has confirmed Callum Hudson-Odoi will be in the starting lineup in one of the next two matches.

The English international was an unused substitute in the 2-1 win over Cardiff City in the last match. The Blues were trailing by one goal until captain Cesar Azpilicueta came to the rescue with an equaliser in the 84th minutes.

Ruben Loftus-Cheek netted the winner in the extra time as the Blues survived another scare. Despite struggling for most of the period Sarri overlooked the winger as he brought in Eden Hazard, Loftus-Cheek and Olivier Giroud from the bench.

Hudson-Odoi was linked with Bayern Munch in the winter transfer window but Chelsea rejected all their advances.

Sarri said, “In pre-season after four or five training sessions, I realised that Callum was a player with very great potential. In my opinion, in that moment he wasn’t ready to play at this level, but during the season he has improved and he is ready.

“I decided at the beginning of the season that he has to stay with us and I put him in the squad. I know Callum very well. I want him to improve more because the potential is high. Callum is always in my mind, in my opinion, he is our future. He is ready to play.”