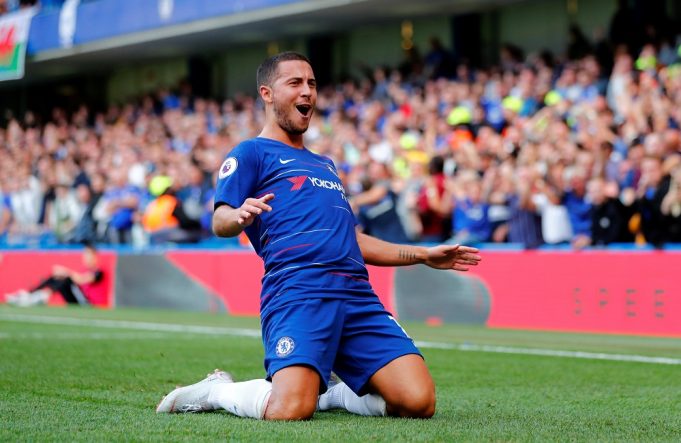 The Belgian scored a hat-trick against Cardiff City

Maurizio Sarri believes Hazard might be the best player in Europe and has the capability to score 40 goals in a season.

“Maybe,” the 59 year old told reporters, as quoted by Goal, when asked if the Belgian is the top player in the Premier League. “I thought Hazard was one of the best players in Europe, but now I am changing my mind that he is the best. I think Hazard can improve more. I think that he can spend less energy than now at 50 or 60 metres to the opposite goal.”

“When we have the ball in our half he touches the ball five times or six times,” he explained. “So his actions, it shows he spends a lot of energies, and can have more energy in the last 25 metres. I think he can score 30 or 35 goals.

“I have spoken to him in the last two days, yesterday I told him for me he can score 40 goals. But spend less energy far from the goal and play in the last 25 metres.”