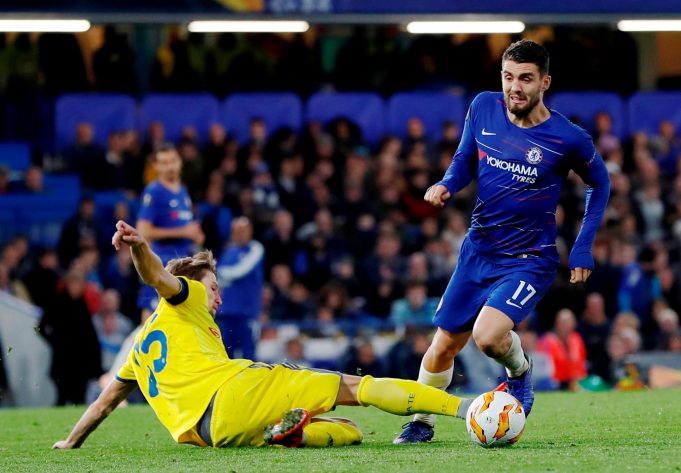 Chelsea midfielder Mateo Kovacic feels that the Chelsea players should support one another if they are to win the Premier League this season.

The Blues have started the season remarkably so far, having not lost a single game across all competitions. Maurizio Sarri’s side is currently third in the Premier League table with 21 points from 9 matches. Chelsea will hope to take their points tally to 24 today when they take on Burnley.

Kovacic said, “We are still unbeaten but we need to look forward because we are not first in the league. So we need to look ahead to get as many points as possible. There’s no pressure on us being unbeaten. Why would there be?

We like to play football and we are enjoying every moment, every training session, so it’s just joy, not pressure.

We are footballers but we are 25 players so we need to support each other. One day I play then the next day Ross Barkley, then Ruben, we have a lot of players – N’Golo Kante, Cesc Fabregas, Jorginho, so a lot of quality in the midfield.”

About the Burnley match, Barkley said, “I’ve not been here a long time but I know Burnley will be a tough game, like every team in England. They had a very good season last season, they are a good team – we need to play our game and be prepared.

Every game is a new opportunity to show yourselves so they will give their best to forget that game against Manchester City.”

Kovacic joined Chelsea on loan from Real Madrid this summer after not getting much playing time there.

The 24-year old has received a good amount of playing time under Maurizio Sarri. He has made a total of 9 appearances out of a possible 14.

Kovacic has said that he is enjoying his time at Chelsea. He said,