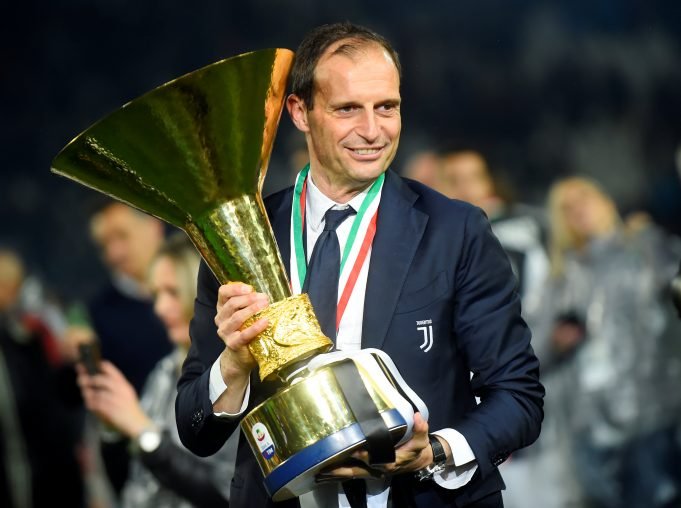 Massimiliano Allegri has already notified interested clubs about his availability for the managerial position from next season.

The Italian spent the past 5 years with Juventus and won them the Serie A title each time. He finished out his last contract and officially announced the end of his relationship with the Bianconeri.

“I am not particularly looking for a year off,” said Allegri. “I’ll only take a sabbatical if I have to, but otherwise the idea is to find a project that convinces me. Life is full of surprises and you have to be ready for anything.

“I train with joy and fun, because if I am not convinced by the squad at my disposal, I try changing things around, moving players into new positions and finding something different, otherwise I get bored.”

Tottenham Hotspur’s Mauricio Pochettino and Chelsea’s Maurizio Sarri have been picked to be the top candidates to replace him which makes things peculiar, especially at South London.

The Blues are not entirely happy with Sarri and we could see an exchange of positions between him and Allegri. The latter was heavily linked with the job at Stamford Bridge before he agreed to stay at Turin for one more season.

“The club will certainly make the best choice to carry on this winning squad. The Champions League was tough, we reached the two legs against Ajax with so many injuries,” Allegri added.

“This squad is capable of a great Champions League run, there has been a constant growth on and off the field. I believe the key will be facing the Champions League with joy and not worry.”

Sarri’s future with Chelsea is still in doubt even after a top-four Premier League finish. The lack of trophies in his coaching resume certainly brings down a lot of his value at the Bridge, especially when in comparison with the ex-Juventus boss.