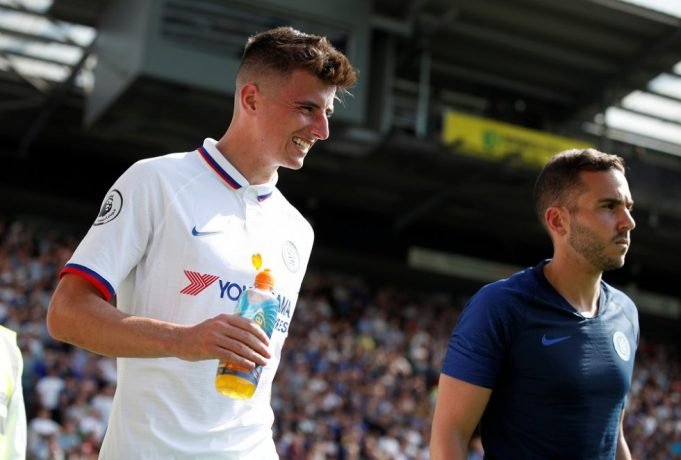 Frank Lampard has praised Mason Mount after what has been a breakout season for the youngster at Chelsea.

Mount scored a brilliant free-kick to put Chelsea ahead and also assisted Olivier Giroud to help win 2-0 over Wolves on Sunday.

It was a needed win for the Blues as they secured Champions League football once again. Mount has been one of the most influential pieces in Lampard’s system, filling in at both midfield and left-wing. He has collected 8 goals and 6 assists in 51 appearances for the Blues this season.

Lampard told the club’s website, “He’ll definitely get better because he is so young and sometimes when a player comes in and plays in their breakthrough year and stays consistently in the team, people maybe think they are older than they are.

“He is still young and his technique today for the free-kick is a special technique. Only top players can strike a ball that way and his all-round game for the season has been brilliant, his work ethic and how he handles himself daily in training is brilliant, and he will get a lot better.

“He has contributed a huge amount and that is just a start for Mason at Chelsea. We have seen breakthrough seasons and we have seen players who were on loan in the Championship last season come in and perform, and we have seen the stories of players like Giroud and Willian and Kovacic and Jorginho, people who have really contributed during the year. So it is always a team effort and a collective effort of staff and players and I have to say I am proud.”