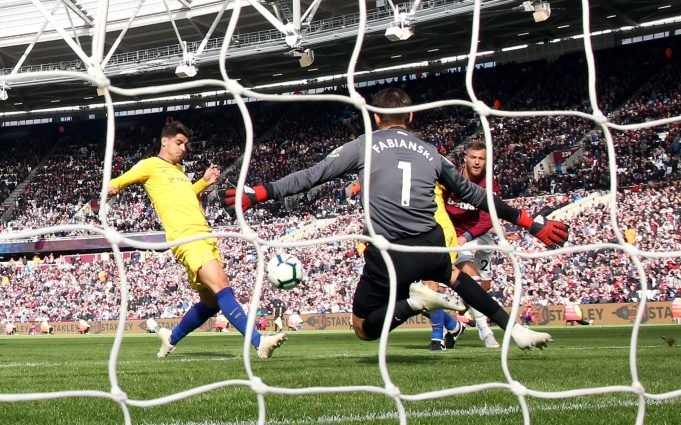 Arsenal legend Martin Keown believes that Chelsea won’t win the Premier League because of their lack of a lethal striker.

Olivier Giroud and Alvaro Morata have a competition to become Maurizio Sarri’s first-choice striker at Chelsea. Unfortunately, both players haven’t been very lethal as far as scoring goals is concerned.

One- that is the number of goals that both have players have in total.

Chelsea’s winning run came to an end with a 0-0 draw against West Ham. Alvaro Morata had some good chances but could not cash on them.

And Martin Keown thinks that because of the lack of goals among the strikers, Chelsea won’t win the Premier League.

Keown said, “Eden Hazard is the goalscorer and the other two haven’t joined the party yet. That’s almost criminal. You need forwards who can score.

Morata had a great opportunity, came off the bench and needed to take that chance but he didn’t. It’s not quite happening. This is why they won’t be champions but they’re not far away. The manager says they’re another year away, and a cutting edge.”

Chelsea are now third in the Premier League table behind Liverpool and Manchester City. They play two matches against Liverpool this week- a Carabao Cup fixture on Wednesday and a Premier League match on Saturday.