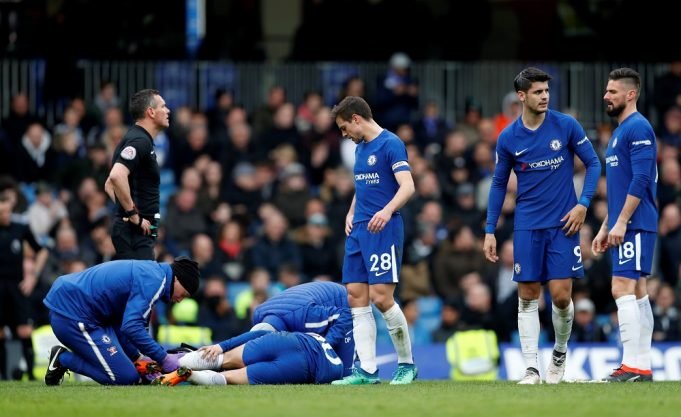 He believes the duo can play an important role this season

The London Outfit have started the new campaign very strongly under the 59 year old, winning the first 5 Premier League fixtures in a row and drew against West Ham United last weekend. They are currently behind Liverpool and Manchester City at third place.

Eden Hazard has been the stand out player for the club so far and is the leading scorer in the Premier League, with 5 goals. But both the strikers Alvaro Morata and Olivier Giroud have struggled to score goals this season.

Arsenal legend believes the duo holds the key to Chelsea’s title challenge this season and wants them to hit form if they want to challenge the likes of Liverpool and Manchester City.

“You can already see Maurizio Sarri’s plans are being put in place by his players,” Keown told the Daily Mail. “The Italian is hardly ever out of his seat barking orders on the touchline because he doesn’t need to. He’s already got them all well briefed.

“Every player has a plan of action, in and out of possession. No one is looking around wondering where they should be. He wants his team to be effective offensively and effective defensively. The clubs that find that balance quickly are the ones who challenge for the title.

“The critical thing for Chelsea is their two centre forwards are not scoring. That is a real worry. Diego Costa has never been replaced. Get Alvaro Morata and Olivier Giroud contributing goals then maybe Chelsea won’t be as far behind Manchester City and Liverpool as Sarri claims they are in his press conferences.”