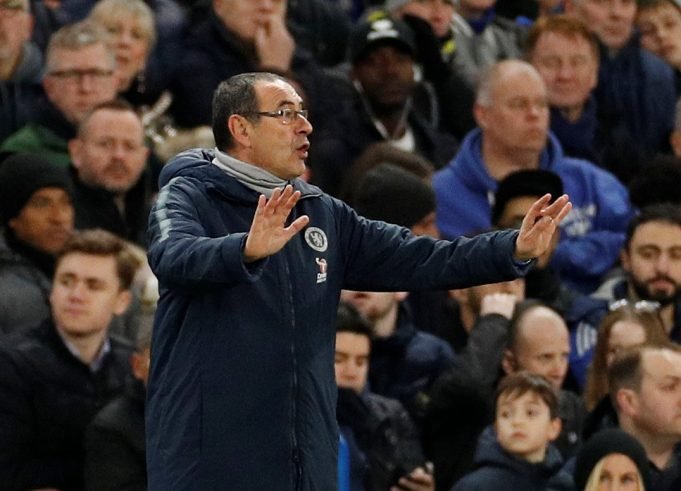 Martin Keown questioned one of Maurizio Sarri’s major decisions during the 0-2 defeat against Manchester United on Monday evening.

The Italian boss stuck with his usual lineup which suffered the 6-0 Premier League loss to Manchester City last week.

The Blues came up short in trying to mount a comeback after going down by 2 goals in the first half. Sarri’s front line of Gonzalo Higuain, Eden Hazard and Pedro failed to apply much pressure towards the opposition goal and the manager still chose to keep Callum Hudson-Odoi on the bench.

Instead, the former Napoli boss chose to bring on Davide Zappacosta in place of Cesar Azpilicueta. At the very moment, BBC commentator, Martin Keown said, “He’s [Hudson-Odoi] probably wondering, isn’t he? I mean they’re two goals down and he’s put a defender on. Is it a political move from the manager because it’s a stupid one if it is.”

Chelsea swatted away 3 pretty sizeable bids from Bayern Munich to keep hold of their teenage academy product. However, since the closing of the January transfer window, Hudson-Odoi’s minutes has dried up even more.

Sarri refuses to apply the young winger’s obvious talents when the team is in dire need of more attacking threat. Keown’s shrewd observation might just be shared by majority of the Blues fans who are only seeing their team stoop down to new lows every week.