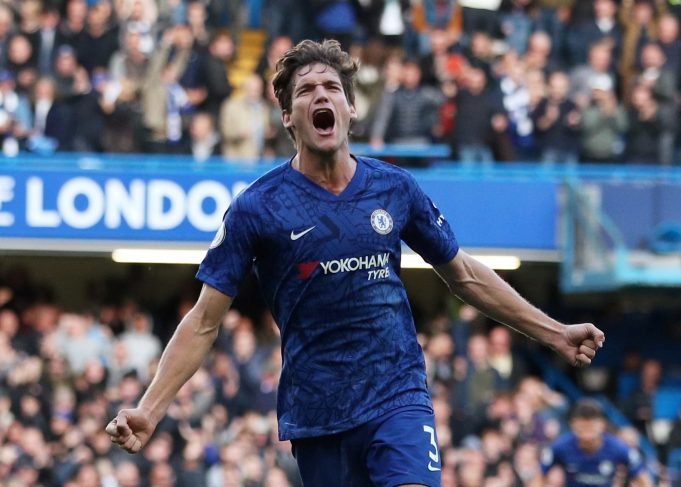 The Spaniard grabbed a double against Bournemouth on Saturday after scoring in the 2-1 win over Tottenham the week prior.

He did get sent off in the 3-0 Champions League defeat against Bayern Munich but overall, the former Fiorentina man has impressed. He looks rejuvinated going forward once again and suits Frank Lampard’s attacking style of play.

“The Chelsea left wing-back scores against Spurs, gets sent off against Bayern Munich and nets another two against Bournemouth – all in a week’s work,” Brooks said in his weekly feature for the BBC website. “[Marcos] Alonso is back to his goalscoring best as Chelsea’s three at the back suits the Spain international.

“The Cherries should really count themselves very lucky because Alonso should have had a hat-trick and missed arguably his easiest chance of the game. Chelsea are fourth in the table and staring at the trap door in the Champions League. Nevertheless, the Blues are still punching above their weight and that is down to Frank Lampard.”

Lampard is still trying to make the best of the players he currently has available. With Saturday’s 2-2 draw against the Cherries and Manchester United also drawing against Everton, Chelsea maintained their 3-point gap in the fourth spot. Holding onto it would definitely be a challenge but Alonso could be an important piece in this final stretch of the campaign.