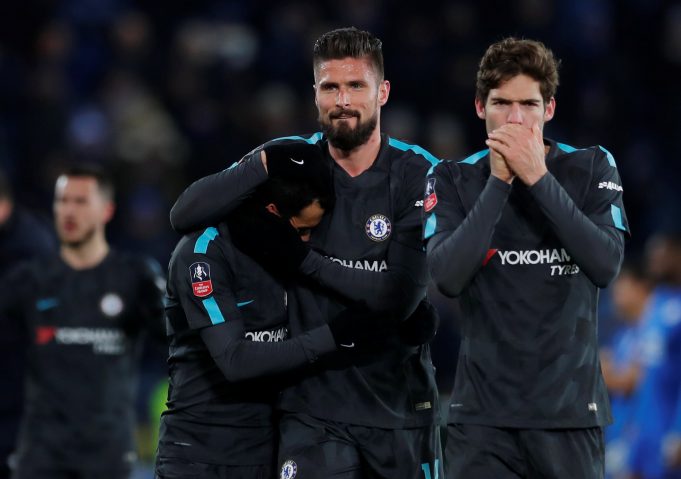 After their title winning campaign last year, Chelsea have been struggling in the Premier league this season. They are currently 5th in the table and are five points adrift of Champions League qualification.

This Sunday they are facing their London rivals Tottenham, who are 4th in the table. Chelsea’s left-back Marcos Alonso believes that this is a must win match for them and could be a season defining match for the Blues.

The 27 year old admitted that reaching top 4 will be very difficult for them if they fail to win the match, live on Sky Sports Premier League.

He said: “It is definitely a must-win game. Here at Chelsea, we have to fight until the end for every target we can achieve, and next year we have to be in the Champions League. On Sunday, we have to get a win.

“It’s a massive game. We have a very important target, which is arriving at the end of the season in top four. Starting on Sunday, it’s the first important three points for us.

“It’s not over until its’ mathematically impossible, but it would be very difficult for sure if we lost.”

Alonso on Harry Kane missing the game: “Kane is a very important player for them, that’s for sure,” he said. “But I think they are a very good side physically, with some quality players, and I think it will be a very tough game even without him.

Alonso was recently called up for Spain National team during the international break. He has scored an impressive 7 goals for Chelsea this season.