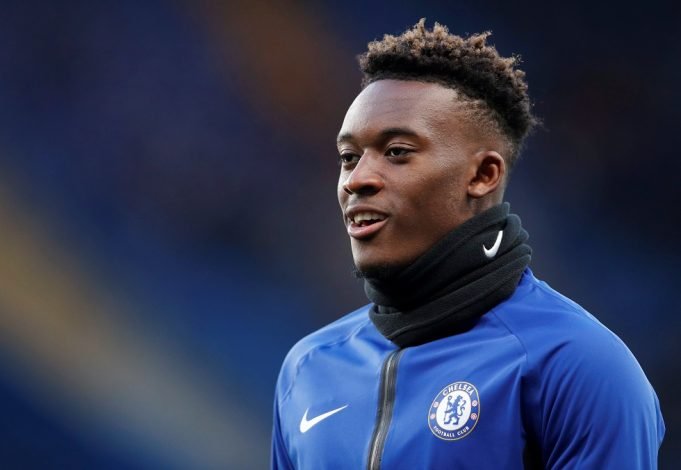 Manchester United could orchestrate a move for Callum Hudson-Odoi if they lose out on Jadon Sancho to Chelsea, according to Dominic Booth.

Reports have surfaced claiming just how strongly the Blues want Sancho in their lineup next season. Even John Terry has signed off on the 19-year-old, urging his former side to sign him this summer.

Chelsea are in a strong position to fight off any competitors after going through a transfer ban this season. Manchester United and Liverpool are heavily invested in getting a deal over the line for Sancho as well. However, if Ole Gunnar Solskjaer fails to get the teenager, he could always launch a counter blow to Chelsea – signing up one of their English talents.

“Sancho would be the one for United, but if he goes elsewhere or stays at Dortmund, I could see them going for Callum Hudson-Odoi. He’s rated by Frank Lampard at Chelsea, but hasn’t really made a huge impact this season and would be exactly what United want: raw pace, youth and lots of ability. He was briefly considered last summer before signing a new contract,” Booth told Manchester Evening News.

Chelsea invested heavily in getting Christian Pulisic and keeping Hudson-Odoi from the clutches of Bayern Munich last year. However, Sancho would be an immediate upgrade from both of them. Some would even say that the Dortmund winger’s game is similar to the likes of Hudson-Odoi, suggesting their might just be one starting berth for the two of them to fight over.

This could force Chelsea’s hands to part ways with their prized academy graduate with Solskjaer ready to offer him a more lucrative part. Hudson-Odoi is clearly an outrageous talent who is just waiting to burst onto the Premier League scene. He will add a much-needed level of creativity to the United front three and also fit Solskjaer’s checklist, in terms of age and talent. The teenager is coachable and boasts of ridiculous pace, athleticism and technical abilities.