Ander Herrera, the Spanish professional footballer has advised his Manchester United colleagues to humble themselves and stop worrying about the status of the current Premier League standings. As the Red Devils get ready for some difficult games, the midfielder told his teammates to focus on those fixtures even though the one-all draw to Stoke City at Old Trafford made them lose crucial points to risk their chance of closing in on their title rivals. Manchester city was thrashed 2-0 by Tottenham Hotspur at White Hart Lane. Online soccer betting fans also reaped big with Arsenal, Chelsea, and Liverpool winning their games last weekend.

The only advantage the Red Devils can count on is that Spurs helped them cut City’s lead over them at the summit of the table to five points. However, Herrera believe that the road ahead is still rocky as the EPL takes shape because they have other non-league games to play. Furthermore, United will be playing Liverpool and Chelsea in their next fixtures and the midfielder believes getting preoccupied about the table would make his teammates lose focus.

Herrera compared their current situation to the 2011/12 EPL season when United was eight pints ahead of City with six games to play, but the title slipped through their fingers. He concluded that anything could happen in the Premier League. He added that they felt unhappy to draw with the struggling side, Stoke, because they were at home and they even had the lead until they lost it in the dying minutes of the game.

Jose Mourinho’s men will be facing a tough EPL schedule, as they play Liverpool at Anfield in two weeks’ time and facing his former side, Chelsea at Stamford Bridge for the first time since he was sacked last season. United has dropped eight points from a possible dozen in the EPL, which exerts more pressure to bag maximum points in their next fixtures. However, Herrera remains confident that they will gather more points soon if they continue to play as they did against Stoke City.

Herrera added that they lost three matches in a row after the last international break and they will have to prove to their fans and critics that they can overcome such a bad spell by coming back very strong. After playing Liverpool, United also has a Europa League fixture with Fenerbahce, which, according to Herrera, is a very important game too. To face the other teams with confidence, Herrera says they have to win over Fenerbahce.

The Spanish international could not believe that they did not win against Stoke even though all statistics favored them. United took control of the game, created eleven chances, tried to play deep and sometimes wide, but luck was not on their side. His only hope is that the win 6-nil next time they play like that. In their 4-1 win over Leicester, they played well, but their game against stoke was very much better. They scored four goals out of the five chances created against Leicester, but they were unable to convert the eleven chances against Stoke. In summary, Herrera said that, “This is football” and they can only revive their spirits in subsequent games. 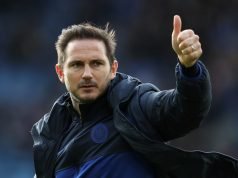 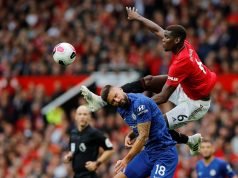 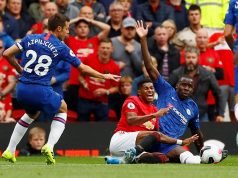