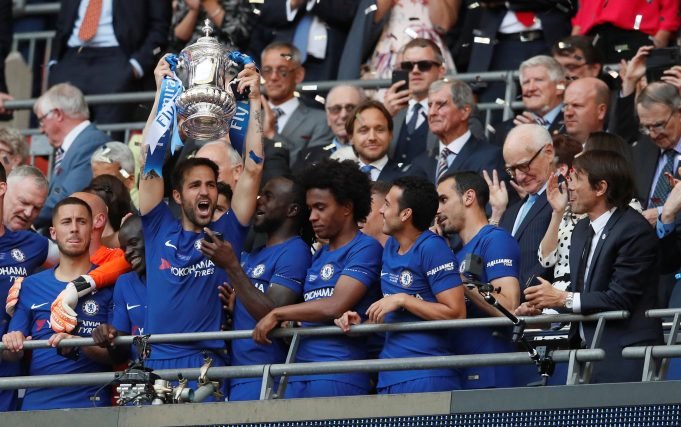 Chelsea duo are leading the wish list of Real Madrid

The duo were linked to a possible move to the Spanish side and now the reports from Don Balon says that the duo have been offered a  €300 million (£267 million/$350 million) contract by the Spanish side.

President Florentino Perez is very keen to add both the player to their squad especially after Ronaldo’s exit.

Hazard joined Chelsea from Lille in the summer of 2012. The transfer fee was reported to be priced at £32 million.  On 18 July, Hazard made his Chelsea debut in the club’s first pre-season friendly against the Seattle and was also on the scoring sheets. Since then, the winger has been and integral part of the Blues representing them in over 300 matches and scoring 89 times. He has established himself as one of the best player’s in the world. He is a very popular member of the squad and one of the fan’s favourite.

The Belgian forward has been heavily linked with Real Madrid and Paris Saint-Germain in recent transfer windows and Chelsea’s struggles this season have further intensified the transfer rumours.

While his fellow countrymen, Thibaut Courtois was brought by the Blues for £8 million and was immediately loaned to Atletico Madrid for three season. He added glory to his profile when he won the Europa league in 2012, the Copa del Rey in 2013 and the La Liga in 2014. Courtois returned to Chelsea in July 2014 and during his first season with the Blues he won the Premier League and the League Cup the same year.

However Chelsea boss Sarri has denied the reports that Hazard will leave the Blues this summer in his recent interview.

Hazard said,”After six wonderful years at Chelsea it might be time to discover something different,” which hints that he may leave the Blues this summer.

Also Courtois has admitted that he wants to stay more with his children who resides in Spanish Capital.