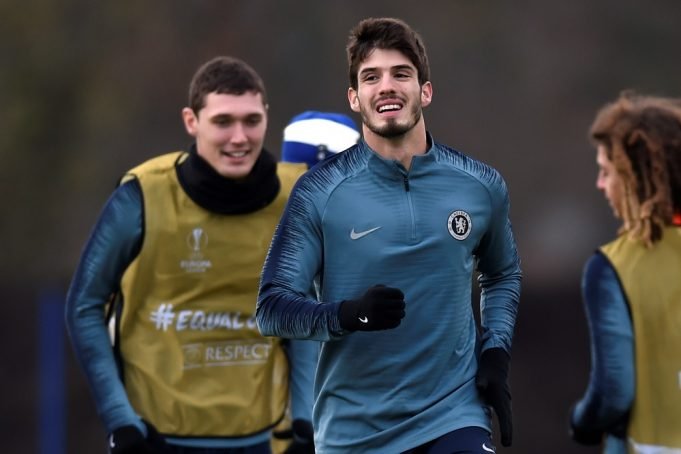 Chelsea loanee, Lucas Piazon opened up on his career at Stamford Bridge and how he just became a part of the club business.

The Blues are famed for running a full loan army of players and making a profit off of them over time.

Piazon was one of the most promising recruits but he only ever made 3 appearances for Chelsea. Now, he plays for Rio Ave in Portugal, his seventh stint on loan since his arrival in 2011.

“Well, after a certain point the connection is no longer beneficial for both parties,” Piazon told Mais Futebol.

“At first I felt really good. I went through the under-23s, got to team A and even in the first loans I felt that Chelsea had expectations and interest in me. I believed that I could come back and have opportunities at any time.

“Later, with the passing of the seasons, I became just another business for them. They lent me with the expectation of selling me and making some money with me. I think that’s more or less what they think. I have to accept, because I also agreed to renew my contract with them. I was told that they would only lend me if I renewed and I accepted.

“It was a complicated relationship. They often didn’t like what I said in the interviews, but I wanted to make it very clear that I was very happy in my early years at Chelsea.”

“In the early years it was Chelsea who suggested this or that club to me and explained the reasons. From the age of 22/23 on, it stopped being that way, because the biggest interest started to be to lend me to be sold,” he continued.

“Paulo Ferreira [does still give me feedback]. Paulo came to Vila do Conde to see many games, especially before the pandemic. I have known him for many years, we were colleagues at Chelsea and he has a huge affection for my family. Paulinho sends me many messages, he is a spectacular person. He is responsible for the athletes loaned by Chelsea.”