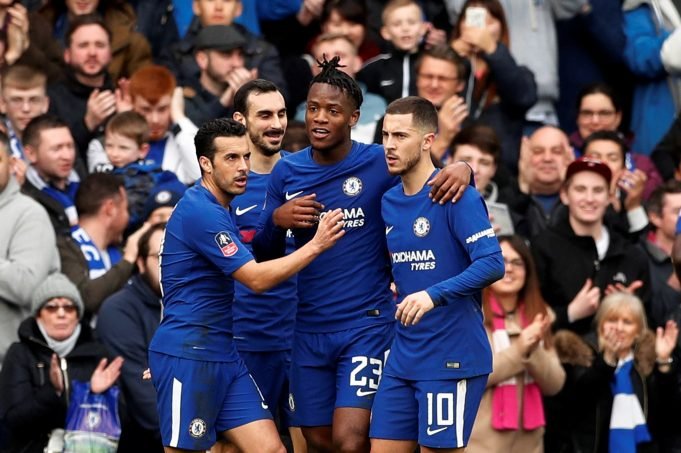 Roy Hodgson has insisted he would love to have Michy Batshuayi permanently at Crystal Palace.

The Belgian forward had a fruitful five months at Selhurst Park since arriving at the club in January on a loan. The Chelsea loanee added a new dimension to the Eagles attack easing the pressure of Wilfried Zaha.

Their over-reliance on Zaha has seen them crumbling in the absence of the former Manchester United forward but the addition of Batshuayi has had a lasting impression in South London.

The 25 year old netted six times in the top flight in 13 appearances and Hodgson feels the striker could add a lot more if he stays at the club. “If Michy Batshuayi was going to be available, either on loan or buy him, I would be very happy with that.

“Nobody at the club is anxious to see any of those players (Batshuayi, Zaha or Wan-Bissaka) leave; in fact quite the reverse. That’s why we’ve committed them to long-term contracts.

“Batshuayi is a different case, he’s on loan. That’s not in our hands. I do know he has been happy with us here. It’s been pretty obvious we appreciate him.

“We shouldn’t forget that, yes, there is a top six out there, but with the other teams we’re not light years behind. This year we’ve missed out on ninth by one (win).

“If you want to keep going forward, we have to be equally as good, if not better, to finish anywhere near the top 10 because the league gets better and better every year and more and more money is spent every year.

“Everyone is aware of what we need to do and we just have to wait to see what transpires during the summer months.”