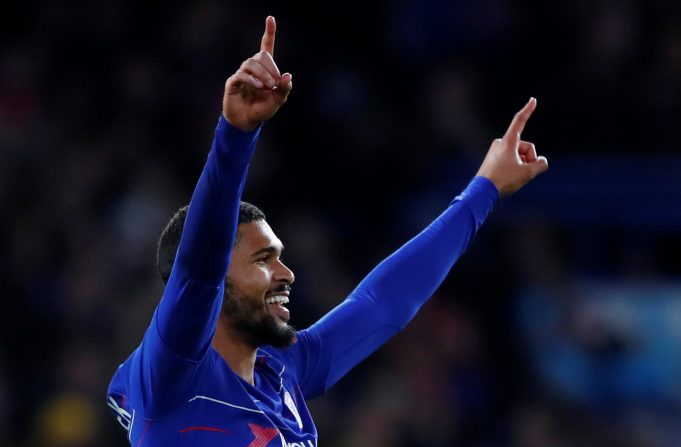 Chelsea midfielder Ruben Loftus-Cheek has said that Maurizio Sarri is improving him and he is happy with the competition at Chelsea.

Loftus-Cheek scored the first hat-trick of his career last night in Chelsea’s Europa League fixture against BATE Borisov. This hat-trick will surely boost Loftus-Cheek’s morale. Maurizio Sarri was impressed with the 22-year old’s performance and said that Loftus-Cheek has adapted to his playing style.

Following the match, Loftus-Cheek said, “He (Sarri) is always trying to help me, defensively and position-wise.”

The midfielder also said that Sarri has improved him. He said, “Definitely, but I’ll always improve as a player day by day, technically and tactically from training. The more I play the better I’ll get as well. My target at the moment is to get my positioning right and the rest will come after that.”

Loftus-Cheek’s performance may still not be enough to feature in Chelsea’s Premier League matches. The presence of quality midfielders like N’Golo Kante, Jorginho, Ross Barkley and Mateo Kovacic has limited the 22-year old to only 33 minutes in the Premier League this season so far.

That’s why we’ve been doing so well because everyone wants to do well in training – training is so sharp. We’re all so effective in training it brings the best out of the team. No complaints on that and we keep that going.”

When asked about starting against Burnley on Sunday, Loftus-Cheek replied, “I’m not thinking about that. Right now, it’s to get my recovery in – my hamstrings are feeling it a bit.”

Chelsea’s next Europa League game is against BATE on November 8.