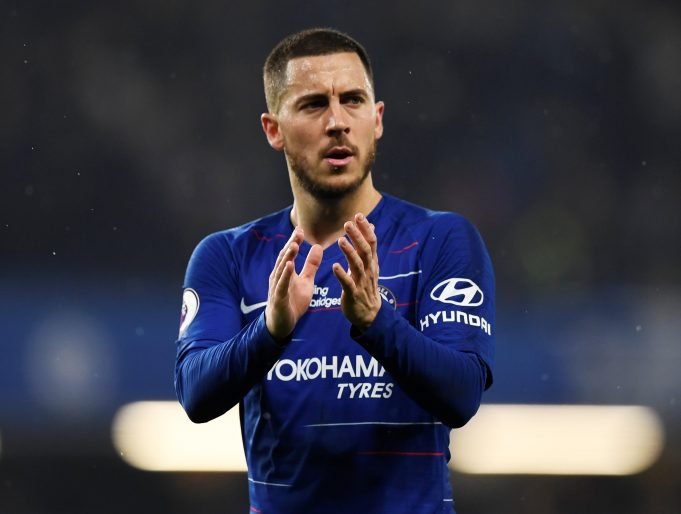 Liverpool legend Jamie Carragher feels that Eden Hazard is too good to play for Chelsea. The Belgian winger has been in terrific   form this season. With at least 7 matches to go, Hazard has already scored 19 goals, thus equaling his highest goal tally for Chelsea in an entire season which he attained during the 2014-15 season. The 28-year old also has 12 assists to his name.

Hazard put on an impressive show against West Ham last night, scoring both goals in a 2-0 win for Chelsea which took them to 3rd place in the league table.

Hazard is strongly linked to a summer move to Real Madrid and Carragehr feels that a player of his pedigree should play at a club like Real Madrid or Barcelona.

Carragher said, “I don’t think you can ever stop players moving to Real Madrid and Barcelona. I think most players see that as the pinnacle, and it’s happened at both Manchester United and Liverpool. It’s sad as I love watching him week in, week out. But I almost feel like Hazard has to play for Real Madrid or Barcelona.

He’s that good that he has to play at that level. I think Hazard is too good for Chelsea, right now. He’s that good a player. I think of Luis Suarez when he was at Liverpool. I wanted him to stay, but I knew in my head. This was something I spoke about with Steven Gerrard when he nearly went to Arsenal.

We actually said, ‘You’re too good for Arsenal. If you’re going to leave, you have to go to Barcelona’. I think Hazard is one of the best players in the world, and the best players in the world play for your Madrids and your Barcelonas. He’s won leagues with them [Chelsea], but I think for him as an individual player, he needs to have a Madrid on his CV over the next three or four years to finish that career.”

After beating West Ham, Chelsea next travel to Prague to play Slavia Prague in the first league of their Europa League quarter-final tie.

Also Read: £100 million is not good enough for Hazard- Sarri