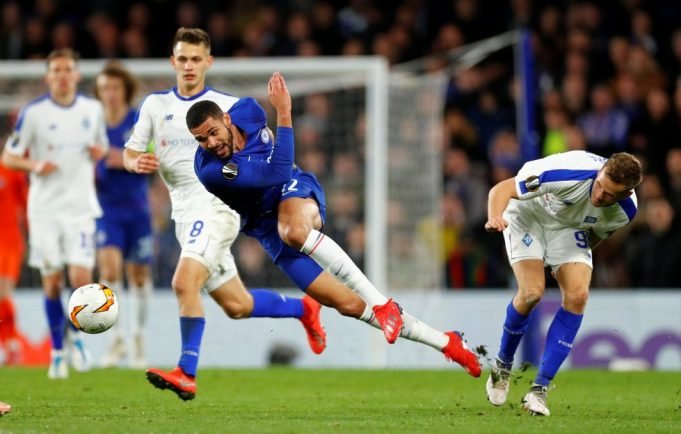 Chelsea left-back Emerson Palmieri and midfielder Ruben Loftus-Cheek have been linked with a Stamford Bridge exit this season. Biancocelesti boss Maurizio Sarri worked closely with Emerson and Loftus-Cheek during his one-year stint at Chelsea.

Emerson Palmieri could be returning to his native Italy to reunite with former boss Maurizio Sarri at Lazio.

As per the reports of Sport Witness via Corriere del Serra’s Rome edition (h/t football.london), Lazio have an appointment planned with Chelsea to take negotiations forward.

Emerson joined Chelsea in 2017/18 season and spent last season on loan at Olympique Lyonnais. The Blues are expecting a fee in the region of €15m for the Euro 2020-winning left-back.

Meanwhile, Loftus-Cheek has been associated with the club for almost the entirety of his life. He had loan spells at Crystal Palace and Fulham and was tipped by many to play a key figure in Chelsea’s midfield for many years to come.

However, long spells on the sidelines due to numerous injuries have marred his development along the way and has potentially prevented him from reaching his absolute peak.