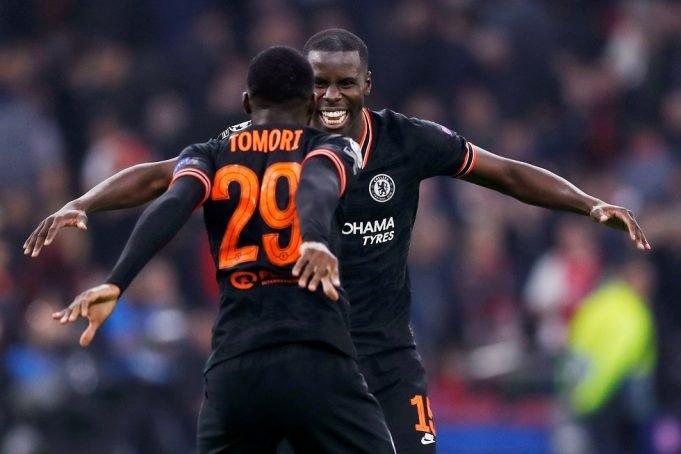 Kurt Zouma made a worrying claim about Chelsea’s home form this season.

Frank Lampard’s men have won only 4 of their 10 Premier League home games this season, drawing 2 and losing the other 4. They have a home rating of negative four compared to their away record of 7 wins in 10 games.

It was another outstanding display by the Blues on Sunday, winning 2-1 against their London rivals, Arsenal at the Emirates. Just prior to that on Boxing Day, Chelsea fell to a shock 2-0 defeat to Southampton.

“For the big matches, the motivation is already there… for the other matches at home, maybe we are less motivated,” Zouma revealed to Canal+.

Lampard admitted how poorly Chelsea started the game. He said, “We were so awful for 30 mins, slow lethargic, nervous. The opposite of against Tottenham. We gave Arsenal everything they wanted. We made the change early, felt it had to be done. Second half we dominated.

“After 10 mins or so it was clear that Arsenal had seen us play against Tottenham and made us into a back five instead of a back three. They were on top and there was a lack of balance to our team. The sub gave us another man in midfield and gave us more urgency.

“From my point of view you can accept a miss-pass but you can’t accept lethargy in a London derby. The players were told that and they delivered. The second half was nothing to do with tactics it was all to do with spirit and desire. I still haven’t bounced back from Boxing Day mentally. Our next home games we’ll do everything we can to turn the corner.

“We’re still in fourth and want more and the home games have been different so we have to focus on them when they come around.”

While this young Chelsea side has been praised for a lot of things, a lack of motivation does not promote a right image. Lampard needs to address this issue upfront.