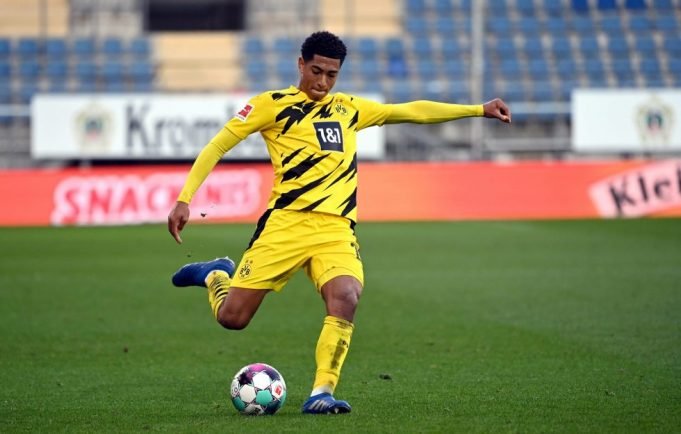 NOT TRUE ❌ is that @ChelseaFC plan a Transfer of Jude Bellingham this summer. The priority of Thomas @TTuchelofficial is a striker like @ErlingHaaland or @RomeluLukaku9 pic.twitter.com/AcgJnTgevB

Since moving to Germany, Bellingham has absolutely lit up the Bundesliga and made a serious impression through the Champions League. The Englishman became the youngest ever goalscorer for BVB on the European stage when he knocked the ball in against Manchester City.

Plenty of clubs were behind him when he was first emerging from the Birmingham City ranks in 2019. Dortmund convinced him into signing for them over Manchester United for a recorded sum of £25m for a teenager. The 17-year-old is now one of the most exciting talents across Europe.

Chelsea are looking to make improvements to their midfield but Thomas Tuchel would prefer a striker first. None of his front men are scoring consistently and he cannot enforce his best tactics without a leading target man. BILD’s Christian Falk claims that Chelsea are not pursuing a deal for Bellingham over everything else.

The Blues are more focused on bringing in star figure, Erling Haaland from the Dortmund ranks.