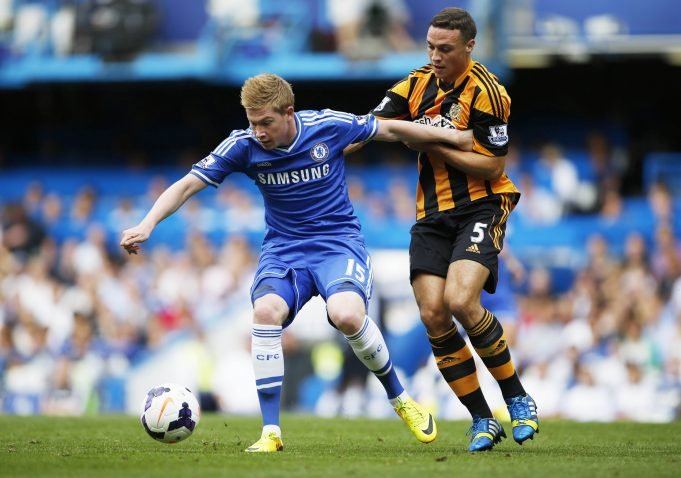 Manchester City star Kevin de Bruyne opened up about his frustrating spell at Chelsea and his conversation with Jose Mourinho. De Bruyne joined Chelsea in 2012 from Belgian club Genk on a transfer fee of £7 million. Soon after joining for Chelsea, he spent the 2012-13 season on loan at Werder Bremen.

He returned to Chelsea for the 2013-14 season but made very sporadic appearances for the club. De Bruyne eventually left Chelsea to join Wolfsburg. After spending a season at Wolfsburg, De Bruyne joined Manchester City on a transfer fee of €75 million.

Speaking of his time at Chelsea, De Bruyne said, “When I arrived for preseason [at Chelsea], the vibe was good. I started two of the first four games of the season, and thought I played OK. Not brilliant but pretty good.

After the fourth game, that was it. I was on the bench and I never really got a chance again. I didn’t get an explanation. I was just out of favour for some reason.

Jose called me into his office in December, and it was probably the second big life-changing moment for me. He had some papers in front of him, and he said, ‘One assist. Zero goals. Ten recoveries.’

It took me a minute to realise what he was doing. Then he started reading the stats of the other attacking forwards – Willian, Oscar, Mata, Schurrle. And it’s like – five goals, 10 assists, whatever. José was just kind of waiting for me to say something, and finally I said, “But … some of these guys have played 15, 20 games. I’ve only played three. So it’s going to be different, no?

It was so strange. We had a bit of a conversation about me going back out on loan. And Mata was also out of favour at the time, so José said, ‘Well, you know, if Mata leaves, then you will be the fifth choice instead of sixth’.”

De Bruyne has been doing pretty well at his second Premier League Manchester City where he has established himself as one of the best footballers in the world. So far, the Belgian has scored 40 goals and has provided 62 assists from 170 appearances across all competitions. This season, injuries have limited de Bruyne’s appearances. However, he has managed to score 5 goals and provide 7 assists in 28 appearances across all competitions. De Bruyne provided two assists in last weekend’s match against Crystal Palace as Cty won 3-1.