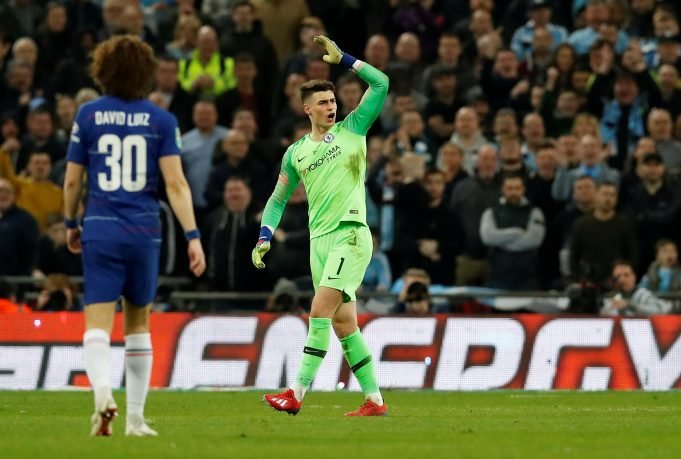 Kepa Arrizabalaga may have to sit out the next match, Maurizio Sarri has insisted.

The goalkeeper faced a lot of wrath since ignoring Sarri’s instruction in the Carabao Cup final against Manchester City and has also been fined by Chelsea. Kepa was about to come off as the Italian manager felt it would be better to replace the struggling keeper with Willy Caballero.

But to everyone’s surprise, Kepa chose to defy Sarri’s instruction and stayed on the pitch till the end of the match. Chelsea splashed a record-breaking £71.6m for his services in the summer and since then he has been the preferred choice in the goal.

On being asked if Kepa keeps his place against Spurs the gaffer answered, “I don’t know, I have to decide. Maybe yes, maybe no.

“I want to send a message to my group. The message could be Kepa is on the pitch or Kepa is out of the pitch.

“I spoke with Kepa, then we spoke all together. He said sorry to the technical staff but it was not enough. Then he said sorry to his team-mates and the club. He made a big mistake but we don’t want to kill him.”