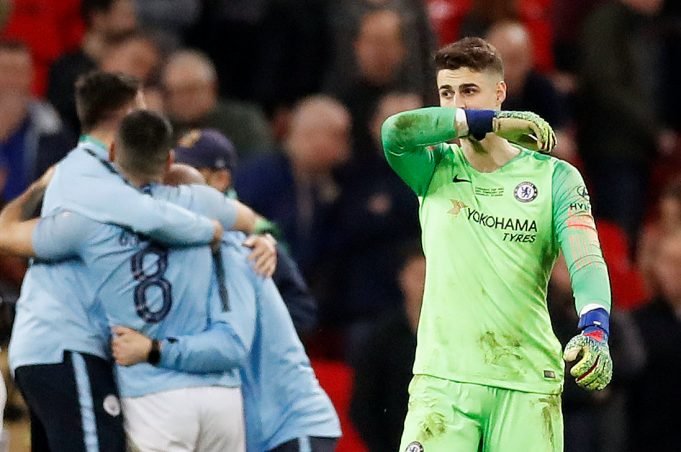 Kepa Arrizabalaga has been fined a week’s salary following his confrontation with Maurizio Sarri during the Carabao Cup final defeat to Manchester City.

Kepa was asked to come off as Sarri readied Willy Caballero for the last few moments. The Chelsea manager noticed the Spanish custodian was struggling with a cramp and decided to introduce Caballero at the expense of the summer arrival.

But to everyone’s surprise, Kepa refused to come on and stayed on only to leave the manager fuming on the sidelines. Chelsea went on to lose the final in the penalty shootout but this incident could make an adverse impact on Chelsea’s already shaky season.

The Spanish keeper has also apologized for his behaviour. “I have thought a lot more about yesterday’s events. Although there was a misunderstanding, on reflection I made a big mistake with how I handled the situation.

“I wanted to take the time today to apologise fully and in person to the coach, to Willy, my team-mates and to the club. I have done this and now I want to offer the same apology to the fans.

“I will learn from this episode and will accept any punishment or discipline the club decides is appropriate.”