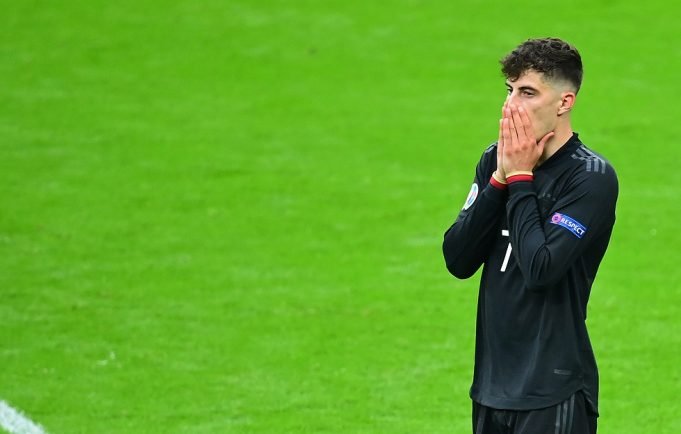 Germany suffered a disappointing 2-0 defeat to England, confirming their exit from the Euros.

England shotstopper, Jordan Pickford had an outstanding game at Wembley. He denied Havertz’s volleyed effort in the first half and then also stopped Werner’s close range shot. Mueller had a chance late on in the game to equalize but he struck the ball wide off the target.

“We had some chances after the goal against but we didn’t convert them,” Havertz said.

“A bitter evening. We are all in one boat. We are united. England don’t have a bad team, but you go out in the round of 16 it is disappointing, of course.”

Germany looked overall the passive side, allowing England to control possession and create attacks. Harry Kane and Raheem Sterling rounded up an inspiring win for The Three Lions with two tap-in goals.

Havertz individually performed decently in the tournament. He looked much more fluid in his creative role for Germany. He dropped in deep when required and was very sharp with his distribution. Hopefully, he will be able to replicate this form next season for Chelsea.