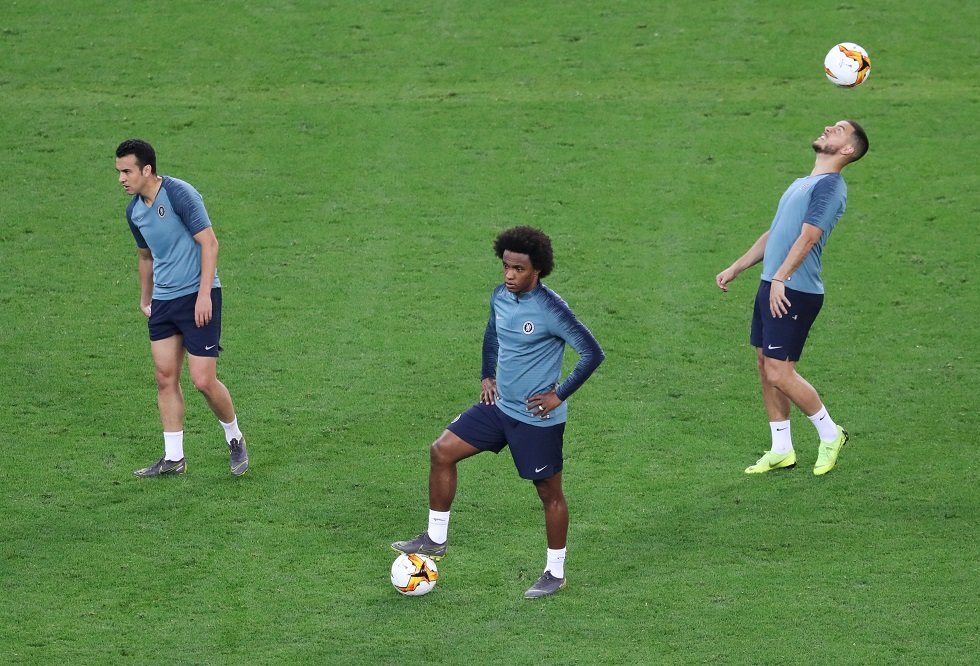 Juventus have reportedly contacted Chelsea about Willian and Pedro.

The wingers will be out of a contract after this season and their is little interest from the Blues to renew their services.

Juventus are thought to have been interested in Willian for quite some time but the recently have warmed up to Pedro. Both Tuttosport and Calciomercato reported that the Old Lady’s sporting director, Fabio Paratici travelled to London this week to speak with Chelsea executives.

Maurizio Sarri is reportedly keen on signing the players after having managed them last season. Both of them are viewed as versatile attacking options who can be signed for absolutely nothing.

While Pedro has dropped off in the Blues pecking order, Willian has had a significant level of impact under Frank Lampard. The Brazilian continues to be a starting player on the right flank, sometimes, even called in to lead this young Chelsea squad.

He has been utilised in a crucial role while Callum Hudson-Odoi and Christian Pulisic continues to develop under Frank Lampard. Pulisic seems to have already staked his claim on the left side but he is expected to take some time to fully adapt to the Premier League game.

The prospect of joining Juventus could really tempt Willian and Pedro. Both of them are nearing the end of their careers and the option to join the Serie A champions does not seem too bad.