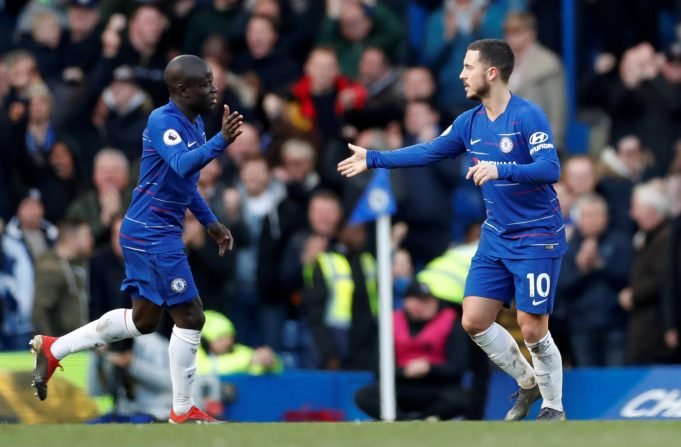 According to reports from le10sport, Juventus and Real Madrid are interested in signing Chelsea star N’Golo Kante. Kante has been an integral figure for Chelsea since joining the club from Leicester City in 2016. In his very first season for the club, Kante won the Premier League Player of the Season award.

So far, Kante has made 132 appearances for the club, scoring 7 goals and providing as many assists.

This season, the French midfielder has been a regular under Maurizio Sarri. So far, he has made 43 appearances for the club, scoring 4 goals and providing as many assists.

Kante has played in a more attacking role under Sarri this season as opposed to his typical defensive midfielder role which Jorginho has taken now.

Last summer, PSG were interested in signing Kante but the 27-year old preferred to stay at Chelsea. A few months back, Kante signed a new 5-year contract with Chelsea.