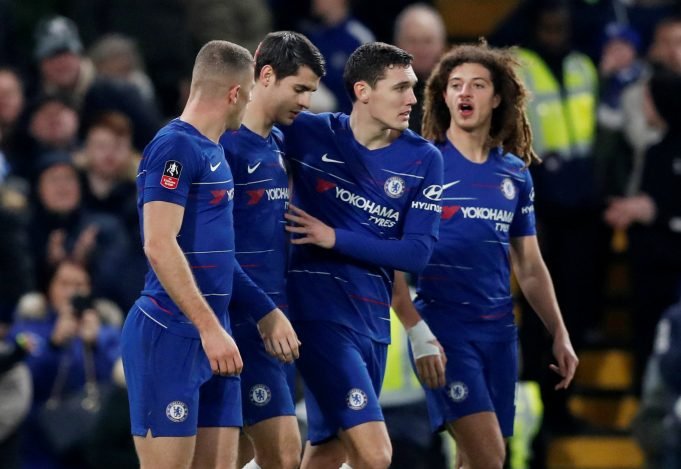 According to reports from The Sun, Juventus and Borussia Dortmund are interested in signing Chelsea defender Andreas Christensen. The 22-year old centre-back from Denmark was among the regulars under Antonio Conte last season.

However, the Dane has made only 13 appearances across all competitions under Maurizio Sarri this season so far. He has made only one appearance in the Premier League, a start against Wolverhampton Wanderers in December.

Due to Christensen’s lack of game time, Juventus and Borussia Dortmund are seeing this as an opportunity to sign him before Thursday’s deadline.

Last month, Barcelona showed interest in signing Christensen. However, there hasn’t been any more talk about that lately. Juventus will be without Leonardo Bonucci for a while since he is injured but barring that, they don’t have issues in their defence. Hence, they might use Christensen as only a cover.

The same can’t be said for Borussia Dortmund though, not at this moment. The Bundesliga table toppers have two central defenders injured in Manuel Akandji and new signing Leonardo Balerdi. This leaves them with only three centre-backs in Abdou Diallo, Dan-Axel Zagadou and Omer Toprak. Hence, Dortmund need another centre-back and the young Christensen can be a suitable addition to their squad.

Chelsea however, may not let go of Christensen that easily as they will need him in Europa League and EFL Cup matches. There is no better defensive cover for Chelsea than Christensen. Provided either of first-choices Antonio Rudiger and David Luiz get injured, Chelsea will require the young Dane to fill in.

Additionally, David Luiz’s current contract with Chelsea runs out in the summer and since he is 31, he can only sign a one-year extension to his contract. Hence, he may have to leave Chelsea in 2020. Thus, Chelsea might keep Christensen keeping the big picture in mind.

Given how scarcely Maurizio Sarri has used him, there is a good chance Andreas Christensen will not feature in Chelsea’s Premier League match against Bournemouth tonight.