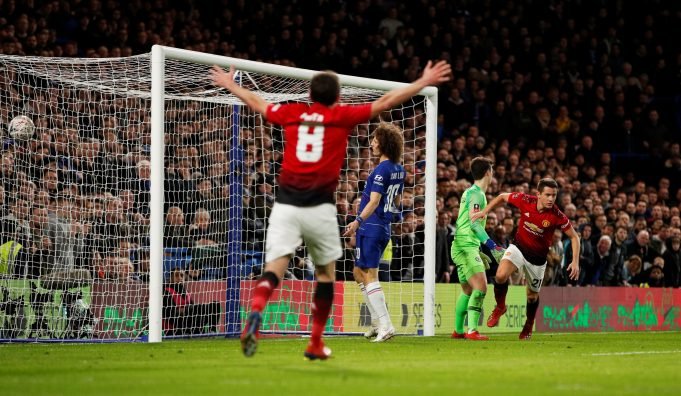 Juan Mata insists Manchester United had the perfect reaction to their defeat in the Champions League against Paris Saint Germain as they defeated Chelsea 2-0 in the FA Cup .

United succumbed to their first loss under Ole Gunnar Solskjaer but bounced back brilliantly in the last match as Chelsea were a no match for him. Two quality headers from Ander Herrera and Paul Pogba were enough as United have setup a quarter final date with Wolves.

United got the required goals in the first half but Chelsea pressed with more intent in the second half and dominated possessions. But despite their dominance, they couldn’t find a gap in the United backline and failed to find the back of the net.

Mata who got his recognition during his time his Chelsea started the match but didn’t have much impact before coming off. Mata said, “It was the perfect reaction to our defeat against Paris Saint-Germain,

“It is not easy to come to Stamford Bridge and win against Chelsea, to not concede any goals and to play good football.

I think it was a very good evening for us and it will give us a lot of confidence for the next games.”

United are scheduled to host Liverpool on this coming Sunday.”