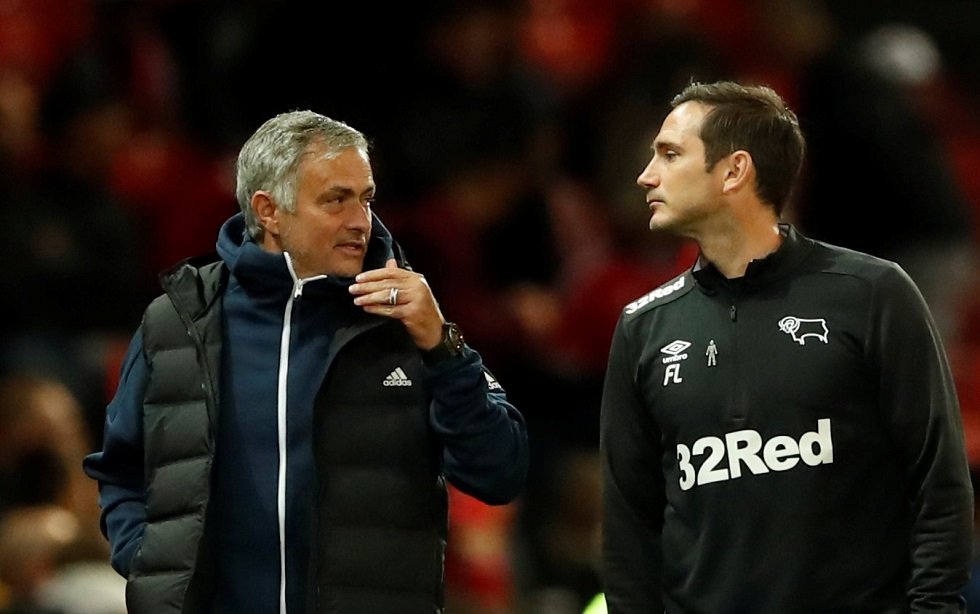 Jose Mourinho seems to be no longer a critic of Frank Lampard after watching the Englishman lead Chelsea to a 2-5 victory over Wolves on Saturday.

The Portuguese tactician, who formerly coached Lampard and even criticised him several times over his current job, has now chosen to shower him with praise after the recent result.

“One thing is the player, another thing is the manager,” Mourinho told Sky Sports. “The player, I don’t think any Chelsea fan will disagree with me if I say is one of the top five most important players of Chelsea history, and probably some will say not top five, maybe top three.

“Another thing is his managerial career, one year of experience in Derby where he showed good qualities and now he has Chelsea in his hands.

“He plays for big things. He plays Champions League, he played a European Super Cup, he had already big matches in his hands, and he has to grow up with the level of experiences, which I believe he can because he has huge experience.”

After Chelsea’s Super Cup defeat against Liverpool, Mourinho had picked on Lampard’s player selection and had even advised him to be careful of his Chelsea’s future.

It seems like the former Real Madrid boss is now sold on Lampard’s abilities as he added, “I cannot separate from the fact that football has been always in his life. He was born son of a player, he grew up [nephew] of a football manager, he became a player, he became a top player… I think he has all the conditions to succeed.”