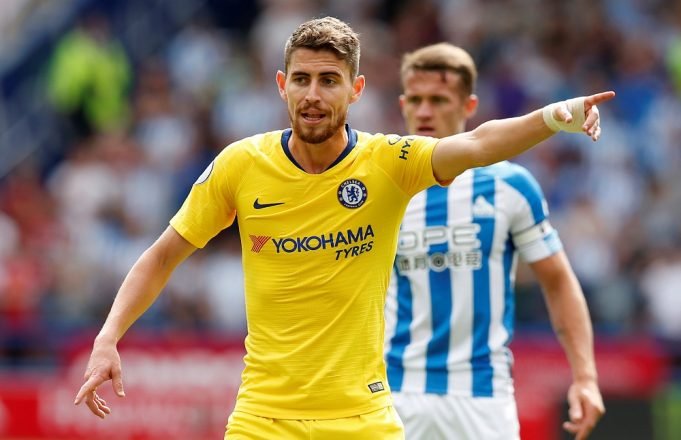 The midfielder has been impressive for Chelsea so far this season

Before joining Chelsea, he was heavily linked with a move to Manchester City as Pep Guardiola wanted a long term successor of Fernandinho. But a deal never materialised as he moved to Stamford Bridge.

His representative Joao Santos has confirmed that his client reached an agreement with Guardiola’s side but failed to settle on a fee with the English champions.

He told Radio Kiss Kiss Napoli on Thursday : “It was all done with Jorginho. There was an agreement, but there was no agreement between the clubs. All parties have to agree, and one did not.

“Then Chelsea asked what the situation was after Sarri arrived and Jorginho went to London.”

“He’s really enjoying it at Chelsea, the team is on a roll and has won four matches out of four,” added Santos. “It’s a great start

“Going to Chelsea was a unique opportunity, the career of a player is very short and now we hope for the best.”