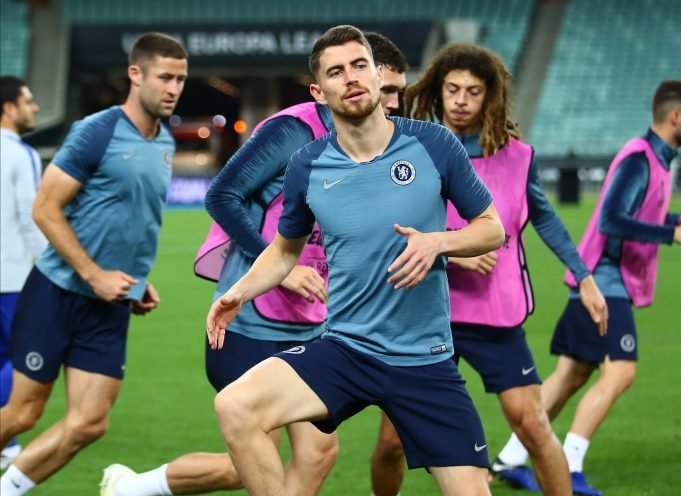 Jorginho has warned Maurizio Sarri of betrayal right on the eve of the Italian being named as the new Juventus boss.

Chelsea have reportedly reached a mutual agreement with the 60-year-old manager to let him leave for the Bianconeri this summer. Sarri seems to have reached an agreement with the Italian outfit as well and Jorginho believes this could be damaging to his relations with his former club, Napoli.

“It would be sad because I think [Sarri] did a good job,” the midfielder told a news conference. “We finished third in the Premier League, we won the Europa League and we reached the EFL Cup final despite all the critics.

“It was a good first season in Chelsea. It would be sad for everyone. The Napoli fans still have him in their hearts; it’s normal that they could get angry. They could treat it as a betrayal; they’re like that. We’ll see what happens.”

Emerson Palmieri backed Jorginho’s sentiments and said, “It’s difficult to talk about that. I think he had – and we had – a good season.

“It’s not been easy, but he has to stay at Chelsea. Never say never in football, though. We have to keep on doing our job.”

Sarri was the central reason behind Jorginho making the switch from Naples to the Stamford Bridge last season. The 27-year-old’s debut season in the Premier League has not been viewed as a success by many.

He contributed with only 2 goals and zero assists in 54 appearances, which is strange to say the least, for a playmaker. His comments urging Sarri to stay could be sourced from his insecurity about his own Chelsea future.

However, Jorginho does believe that he has proven his critics wrong. He added, “I received a lot of criticism maybe because in England they are not accustomed to seeing a playmaker with my skills. Because I’m not a physical player but I think more about playing the ball. It was difficult for them to understand it because the results were not good.

“They needed to find someone to blame. But I always believed in myself and I kept going. At the end, I showed to everyone that they were wrong.”